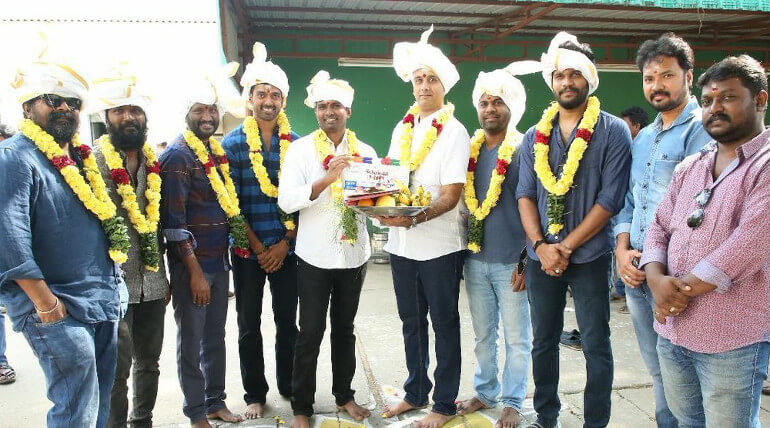 The movie will be helmed by Tamizhukku enn ondrai azhuthavum.and Pokkiri Raja director Ram Prakash. It will be produced by Kalpataru Pictures.

Suseenthiran directed and Vikranth featured recent release 'Nenjil Thunivirundhal' got positive responses from audience and support from critics. The director's next 'Angelina' with new comers is also getting ready for release. Meantime 'Maaveeran Kittu' director is making his debut film as an actor in 'Suttu Pidikka Utharavu'.

'Thupparivaalan' director Mysskin appeared in almost all of his movies. Other than his movie he also acted in other director movie Savarakkaththi co-starring with director Ram. He will also be seen in upcoming Vijay Sethupathi featuring and Thiagarajan Kumararaja directing 'Super Deluxe' movie. The film makers also announced the second part of Thupparivaalan which is in pre-production stage.