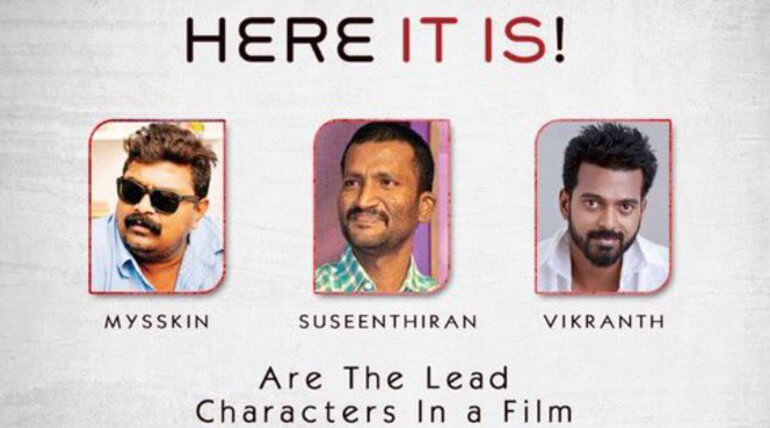 'Maveeran Kittu' director Suseenthiran is making debut as an actor in the untitled film. The prominent director Mysskin and 'Nenjil Thunivirundhal' actor Vikranth Santhosh are also playing main leads in this film. The director and the title of the film will be announced this evening at 6:30 pm. Kalpatharu Pictures will be bankrolling this project.

Suseenthiran recent release 'Nenjil Thunivirunthal' got mixed reviews that featured Sundeep Kishan, Vikranth and Mehreen Pirzada in leads. The director had also completed major portions of his next movie titled 'Angelina'. It has new faces and its title look received immense responses from audience. This time Suseenthiran gets different music director and likely to get Sam CS. He had collaborated with musician Imman continuously for 5 times from Pandiya Naadu.