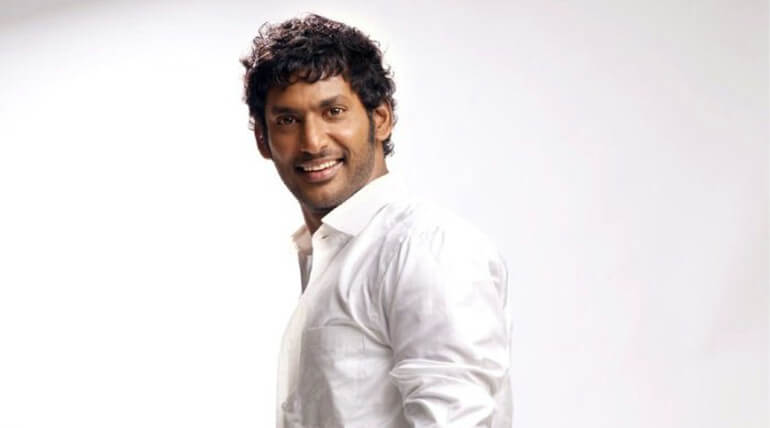 Vishal's upcoming action thriller Irumbu Thirai audio launch will be happening at the grand Natchathira Vizha 2018 event at Malaysia on Jan 6th. On the same date, his next Sandakozhi 2 first look teaser will be released as a surprise treat for his fans.

The movie 50 percent shoot was completed by director Lingusamy which is bankrolled by Vishal under his home banner Vishal Film Factory. Keerthy Suresh is pairing with Vishal in this sequel and has Yuvan Shankar Raja music while 'Renigunda' and 'Karuppan' fame Shakthi is handling the camera.

Rajkiran, Varalaxmi Sarathkumar and Soori are doing pivotal roles in this. As per the sources, the next schedule of the film will be shot at Karaikudi by this month end.

The event is organised by South Indian Film Association, All the top film celebrities including Rajinikanth, Kamal Haasan and all other artists will be attending the event.