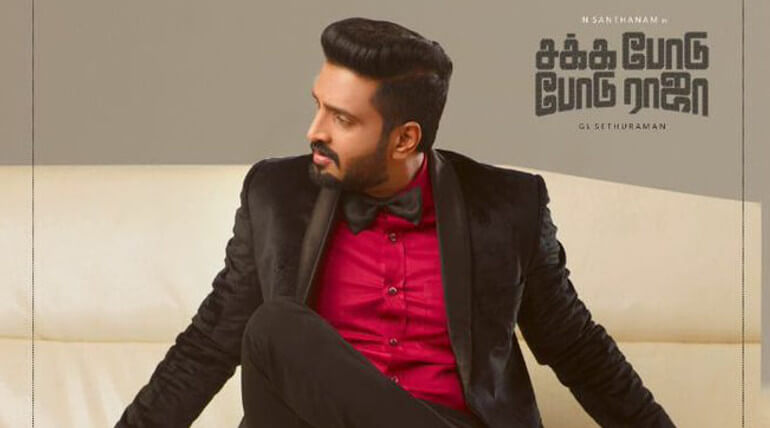 Santhanam starring comedy action entertainer Sakka Podu Podu Raja is releasing in theatres today. The movie has STR's music, Abinandhan Ramanujam camera and Anthony cuts. It has been censored with U/A and has the run time of 2 hrs 23 mins 15 secs. Debutante G. L. Sethuraman had directed, VTV Ganesh produced and is distributed by Trident Arts.

Sivakarthikeyan's Velaikkaran is also released today and set to have hot clash between these two movies. Velaikkaran star wished Santhanam and his team for great success. The team also gets wishes from various film celebrities like Arya, Vignesh Shivn, Vishnu Vishal and others.

The Marathi girl Vaibhavi Shandilya is making her debut Tamil in this movie who also been roped for Santhanam's Server Sundaram. Vivek, Narayan Lucky and Sampath Raj are among the casts in this. We will be updating live audience tweets in this space. Stay tuned for updates.