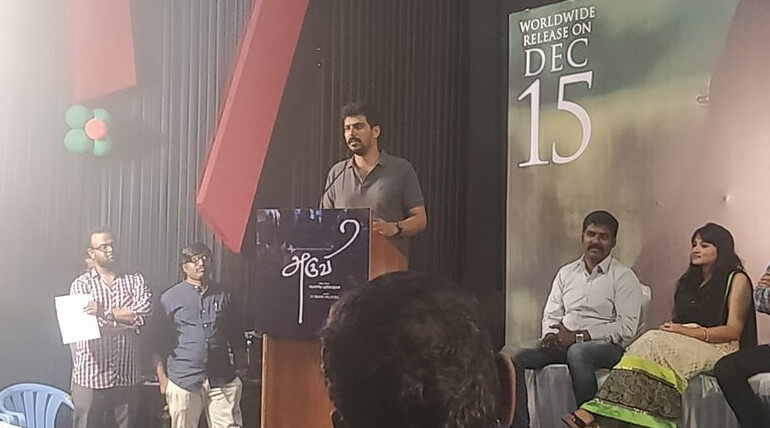 SR Prabhu under Dream Warrior Pictures had produced notable movies including quality scripts like Joker and Theeran Adhigaaram Ondru. Their maiden venture was Saguni with Karthi and their second film is much acclaimed and box-office hit Joker. Following it they have ventured Kaashmora, Kootathil Oruthan, Theeran Adhigaram Ondru.

Now there are set to release their highly expected Aruvi on Dec 15th which had World Premiere at 19th Shanghai International Film Festival.

The producer in the press meet today said Aruvi is most favourite among the movies he had produced so far. It is an eco-social drama written and directed by debutante Arun Prabu Purushothaman. New face Aditi Balan had roped for this film to do strong lead role after several auditions. The film revolves around a girl Aruvi.

The trailer shows she was arrested as the terrorist and inquiry is on. Meantime, her background shown as she hails from eco-social environment and struggles facing in the society. It seems director have touched several social issues that hurts women in this movie.

Theeran Team Press Release: Television and Streaming Sites will not have scenes that mention 'Kutraparambarai'