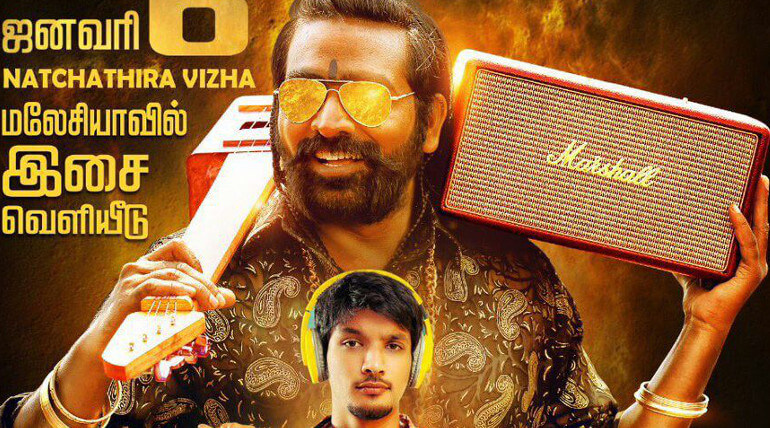 Vijay Sethupathi first time ever in his career his movie to get grand audio launch at Malaysia. Oru Nalla Naal Paathu Solren audio will be revealed on January 6th in Malaysia at grand Natchathira Vizha event, where all Kollywood celebrities from superstar and Kamal Haasan will be present.

Vishal's Irumbu Thirai audio is also set to launch in this grand event. Most of the upcoming films' audio are set to release on first week of January including Suriya's Thaana Serndha Koottam - Jan 3rd, Jayam Ravi's Tik Tik Tik on Jan 4th.

Makkal Selvan will be seen in eight different looks in this film where he essays the tribal leader role. The movie has Gautham Karthik as a college student, Gayathrie as tribal woman and Niharika Konidela in a key role.

This adventurous comedy drama has Justin Prabhakaran music who had scored for critically acclaimed Pannaiyarum Padminiyum and Oru Naal Koothu. Directed by Arumugakumar, the teaser and the first single of the film Organic Thieves were received well by audience.

The movie is likely to be a first out of Makkal Selvan in 2018. Several movies are lined up for release this year too like his previous 2 years. It is expected his romantic film with Trisha to hit theatres during Feb 2018. His Seethakathi shoot with director Balaji Tharaneetharan was completed. Junga, Super Deluxe and Imaikka Nodigal are in progress.