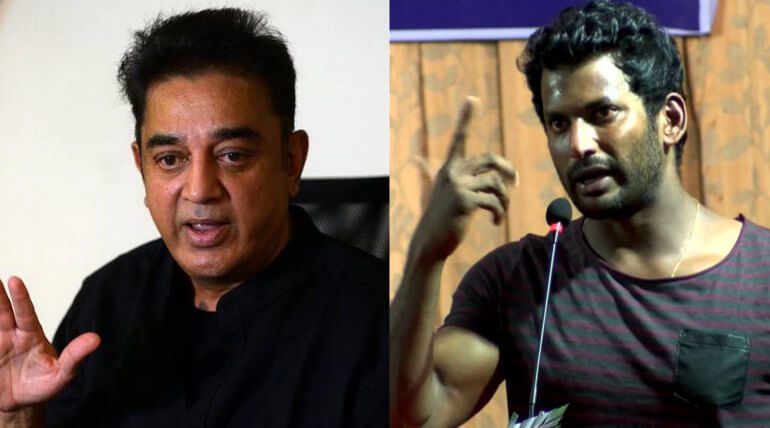 The veteran actor and upcoming politician Kamal Haasan conveyed his deep condolence to late Ashok Kumar's family and friends. He also added "this horrible usury should be controlled by law and film industry that vastly affected poor farmer to cinema people. There should no more deaths like Ashok Kumar. My deepest condolence to his family and friends."

Several celebrities including Vishal had strongly condemned financier Anbuchezian who was the reason of Ashok Kumar's suicide. While talking to media yesterday at Madurai he said "Ashok Kumar's death should a final one due these illegal financiers. Anbuchezian is freely roaming because of the support of the minister. We will not be leaving ministers or officers who are supporting him.

He should be punished for. Though there are several cases on him he is set free. Proper action should be taken against him. We cinema people are taking film by borrowing money from these financiers but we are paying the interest rates properly. Despite Ashok Kumar was been threatened and they pushed him to death."