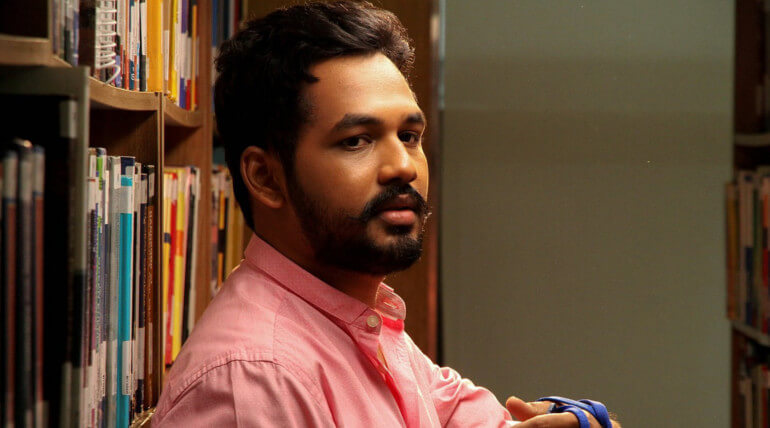 Hiphop Tamizha had started his second film as a lead actor after the super success of love musical drama Meesaya Murukku. He had written, directed, composed and acted in the film and it was the massive hit among the youngsters. Khushboo Sundar of Avni Movies had produced the film

Now the multi-talented young star Hip Hop Aadhi had teamed up with new face director Parthiban Desingu and again Avni Movies is bankrolling this project. Aadhi will be seen as a hockey player in this film and he is set to score music.

The veteran actor Pandirajan is onboard to play a pivotal role while cinematography is handled by Aravind Singh. The film shooting is going in full swing at Karaikal since December 14.

Aadhi had started his music career as independent musician and been successful. He debut feature film was Sundar C's Ambala. He is one of the leading music directors in Tamil cinema and YouTube has featured him in the list of YouTube's Top Music Creation Spotlight of 2017. He is the only South Indian to be named in the list.

Aadhi shared in his instagram "hiphoptamizha#hiphoptamizha is now the only artist from South India to be in the Youtube’s top music creator spotlight of 2017 ðŸ™ðŸ»ðŸ™ðŸ»ðŸ™ðŸ» We still remember the days we would sit and upload songs after songs on Youtube thinking one day we might make it big. We started from the bottom now we here âœŒðŸ»Just because of your love we are here ðŸ™ðŸ»ðŸ™ðŸ»ðŸ™ðŸ» #meesayamurukku #thinkmusic #avnimovies #humbled #lovemyfans"