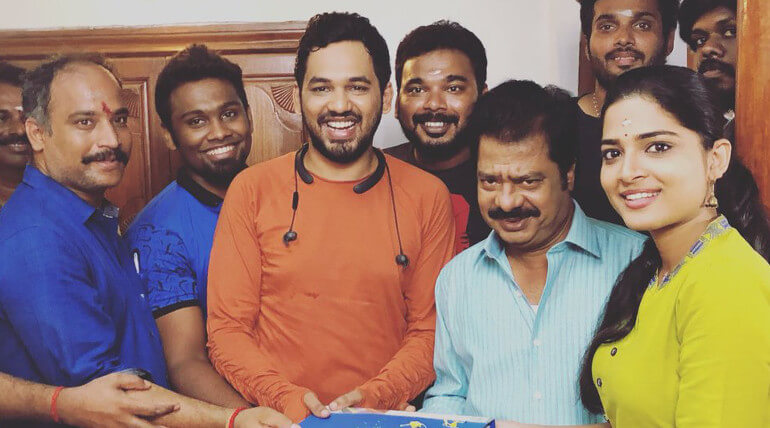 Hiphop Tamizha is ready to do lead in his next movie after the massive success of Meesaya Murukku. He had teamed up with new director Parthiban Desingu and a young team that will be bankrolled by Avni Movies. Khushboo Sundar under this banner had also produced Hiphop's pervious movie Meesaya Murukku.

Hiphop Tamizha had shared "After the grand success of #meesayamurukku - here comes our next movie, once again with Avni Movies. Directed by debutant Parthiban Desingu & backed by a young & energetic team,we will work hard to entertain you with a positive film. Thanks for the tremendous love & support ðŸ™ðŸ»"

The movie had commenced on floor today with pooja. There is buzz that Aadhi essays the role of Hockey player and the film starts from Pondicherry. Aadhi covered youngsters with his music and now his acting, direction in Meesaya Murukku also attracted college goers. The musician is going high and set to start his next now.