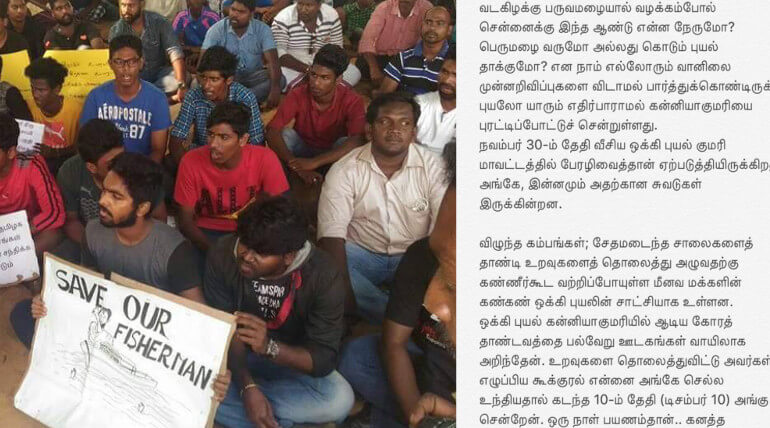 GV Prakash visited Kanyakumari yesterday with his co-artist Aari and others. He joined protest and talked to the people there. He returned Chennai and released the statement regarding his Kanyakumari visit. He had gone through various parts of the district and described about the Ockhi cyclone affected areas.

He shared the people's real state who are waiting for their loved ones. He said it is heartbreaking to see the people crying to find their family members and children sitting with banner seeking to find their fathers with eyes filled in tears. They are scared about the reports saying some of the bodies are ashore in Kerala.

He insisted the people of other parts of the state to lend hands to Kanyakumari people. We may not get into the sea for search operation but we can make the suffering ones comfort. We can help and support them in any ways. Though the people are rejecting the money and other relief materials, the reality is they need monetary and relief benefits as they have lost the men who earned so far.

Four women in one house have lost their life partners in this cyclone. There are hundreds of sisters like them abandoned with tears.