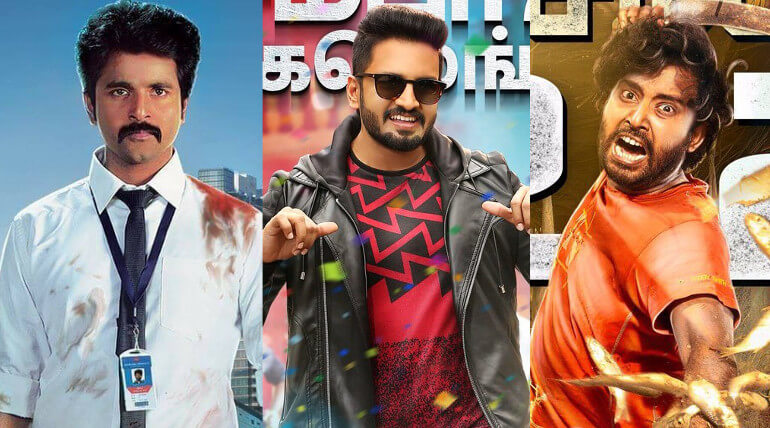 Santhanam's Sakku Podu Podu Raja and Dinesh Ravi's Ulkuthu are set to have clash with Sivakarthikeyan's Velaikkaran on Dec 22nd during Christmas week end. Velaikkaran team had earlier locked the date and now other two movies are ready to clash with the previous.

'Attakathi' Dinesh is coming up first time with action flick that is set for release after several delays. The trailer has been release long ago and had got good reception. Directed by Caarthick Raju and produced by J. Selva Kumar of Kenanya Films. Justin Prabhakaran had scored music and Praveen KL had edited the film.

Sivakarthikeyan's Velaikkaran is highly expected movie that is directed by Mohanraja and bankrolled by RD Raja under 24AM Studios. It has huge star casts including Nayanthara, Sneha, Fahadh Faasil, Prakash Raj, Sathish, RJ Balaji and others. Music was composed by Anirudh and has Ruben, Vivek Harshan cuts while Ramji had cranked camera.

Along these movies, as per the sources Bala's Naachiyaar is also aiming for the Christmas release. The team is waiting for clearance from censor board.