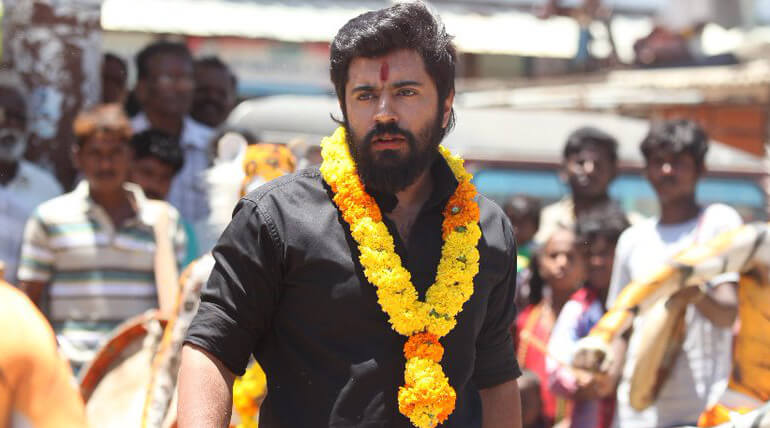 Nivin Paul's direct Tamil film Richie is set for release from Dec 8th. The mass new look of the actor was revealed by the team. Yes Cinemas along with Cast and Crew production house had bankrolled it and Trident Arts is releasing it. Directed by Gautham Ramachandran the movie is censored with U/A.

Shraddha Srinath is the female lead while Natarajan Subramaniam is doing an important role. Lakshmi Priyaa Chandramouli, Prakash Raj and Aadukalam Murugadoss are casts among others. This action crime thriller is the remake of 2014 Kannada film Ulidavaru Kandanthe that was directed by Rakshit Shetty. The film also marks the straight entry in Kollywood.

Kannada 'U Turn' fame Shraddha Srinath had made her Tamil debut Kattru Veliyidai in supporting role and as a lead in Ivan Thanthiran. She had earned fame pairing with Maddy for Vikram Vedha. Producer GK Reddy, Vishal's father is making the supporting role in it.

The original music scorer Ajaneesh Loknath had done music for the remake. The director, actor and producer of the original Rakshit Shetty had done screenplay along with 'Richie' director Gautham Ramachandran.

'Ulidavaru Kandanthe' had earned Rs 20 crore despite the low budget making under Rs. 3 crore. It was critically acclaimed and also received well by audience.