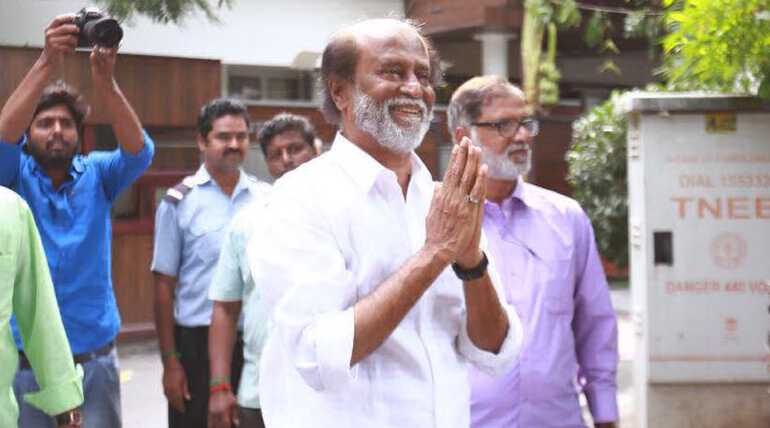 Celebrities Wishing Tweets For Rajinikanth For His Political Plunge

Rajinikanth receives wishes from fans, people and celebrities in various fields for his political plunge announcement. He confirmed that he is joining politics and to stand in the assembly election in 2019. He said his politics will be spiritual politics. There is a vacuum prevailing in the state politics after the death of former Chief Minister Jayalalitha. The political experts say there are no prominent leaders in Tamil Nadu.

T 2758 - My dear friend , my colleague and a humble considerate human, RAJNIKANTH, announces his decision to enter politics .. my best wishes to him for his success !!ðŸ™ðŸ™ pic.twitter.com/dByrmlZb2c

We know that Mr Rajnikanth believes in inclusive democracy and development. We wish him the all the best in his endeavours.. @INCIndia @INCTamilNadu

Many congratulations to @superstarrajini uncle for this new chapter in his life. Best wishes always. ðŸ™

Can't think of a better leader .. From the people and For the people !! #Rajinikanth sir ðŸ™ðŸ‘Š More power to you sir !!

I wish my good friend @superstarrajini the very best. I am sure he will be the much needed Change.

Down to Earth, Most Humble Human @superstarrajini Garu announced his decision entering into Politics. Hearty welcome sir and wishing you all the success in serving the people. ðŸ™#Rajinikanthpoliticalentry pic.twitter.com/nBackInx7l

He gave his heart & soul to his art form and peopleâ€™s love made him @superstarrajini ... am sure the nobility of his intention will receive as much love, as he announces his political entry. I wish you all the very best & super success sir. ðŸ™ðŸ½ðŸ™ðŸ½ðŸ™ðŸ½ pic.twitter.com/EoG3LCmZiG

Good thinkers bring change! or be the reason for change!! @superstarrajini is a good thinker! I welcome his decision to enter politics!! ðŸ¤˜ðŸ¼