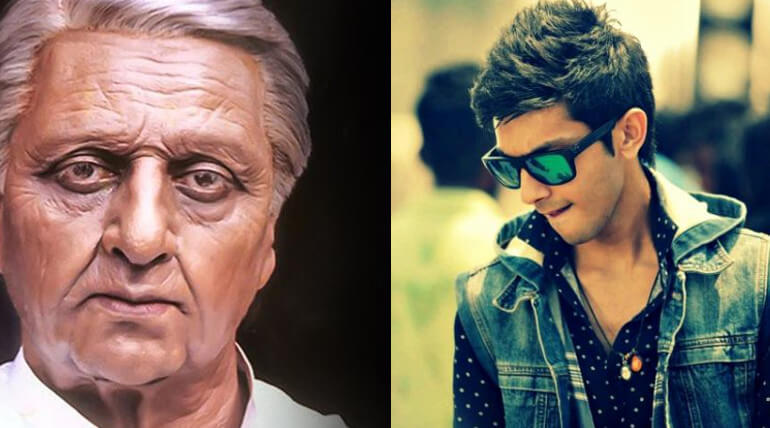 Anirudh Ravichander is in front line for scoring music for the block buster sequel Indian 2. Kamal Haasan and Shankar combo is set to happen after 2 decades of highly successful Indian. Dil Raju was announced as producer but later it was confirmed as Lyca Productions that is bankrolling mega budget sci-fic thriller 2.0.

The directed is busy with post-production works of the mega budget 2 Point 0 with Rajinikanth and Akshay Kumar. The film is slated as April 2018 release. Indian 2 is likely to commence on floor in the mid of 2018 following the release of 2.0.

The present generation rock star Anirudh is in talk to compose music for this project. If it is true then Velaikkaran composer had bagged biggest leap. We hear, T Muthuraj is said to be roped for art direction for this magnum opus project. The official confirmation regarding this is awaited.