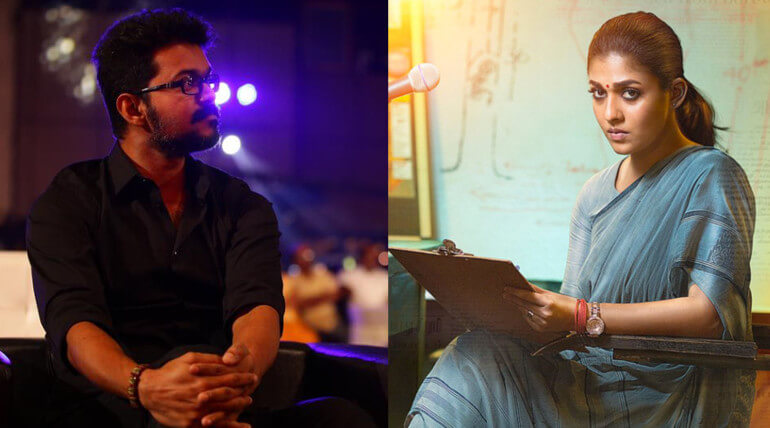 Ananda Vikatan had telecast the live event of their cinema awards 2017. Pre event buzz, celebrities chat, statement and fun was telecast live at their Facebook page. It is one of the famous awards for Tamil film celebrities.

The popular Vikatan had announced the name of award winners even before the event that took place on Jan 13th.Vijay had been selected for the best actor award of the year for his Mersal movie while Nayanthara won best actress award 2017 for Aramm.

Director of Aramm Gopi Nainar also received best director of the year and Aramm was selected as the best movie.