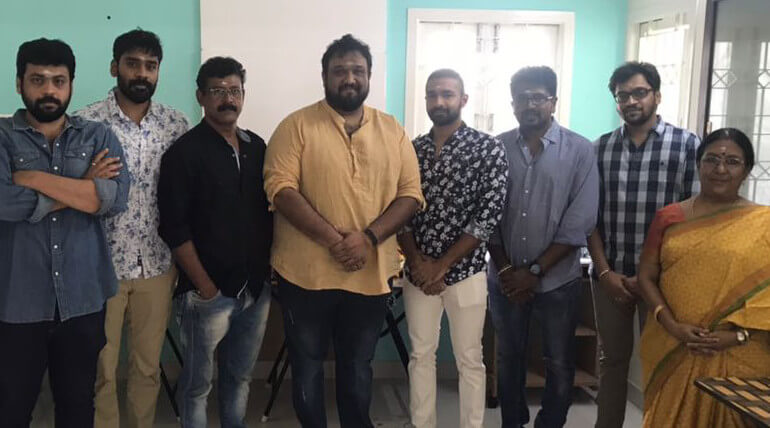 Thala Ajith's 58th movie Viswasam was launched with simple pooja. The team is gearing up for shoot that is to happen on January 2018. Cinematographer Vetri, Editor Antony L Ruben, art director Milan are spotted on the pooja event that happened yesterday based on the Thursday sentiment.

Yuvan Shankar Raja had confirmed to score music for this project. After chart buster hit songs in Arrambam Yuvan is teaming up with Ajith again. Yuvan and Ajith combo had also rocked in Dheena, Billa, Mankatha, Aegan and others. Sathya Jyoti Films producing this venture.

After the decent collection of Siva's Vivegam that featured Ajith, the directed again joined hands with him for fourth time. Thala recently spotted with new look and likely that could be for this project.