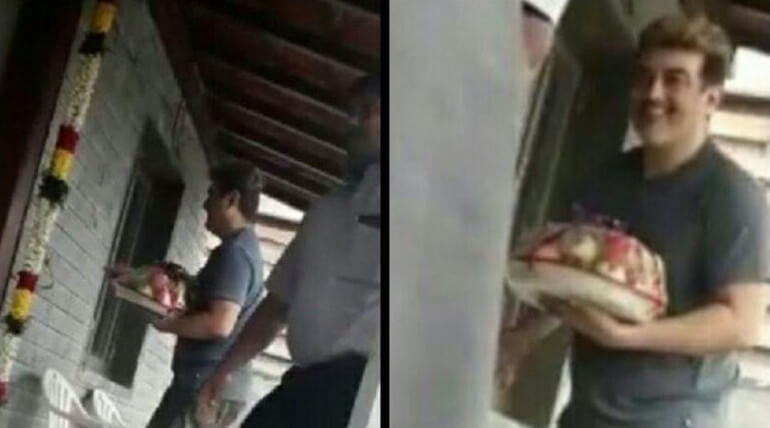 Ajith was spotted in few secs video in a casual wear with plate of fruits in his hands. He is seen in new look with golden brown hair and looks he had gained little bit of weight after showcasing six packs in Vivegam. It is speculated this look may be for his next project Viswasam. But as per some sources he could be in good physique for this project that is to commence on floor from January 2018.

But it very unclear that whether this make over is for Viswasam. It will be revealed only on next month during the shoot. The movie will be helmed by director Siva. He is teaming up with Ajith for 4th time continuously. Vetri is roped for cinematography, Ruben for editing and Yuvan is expected to score music for this project. Heroine and other casts and crew are yet to be announced.