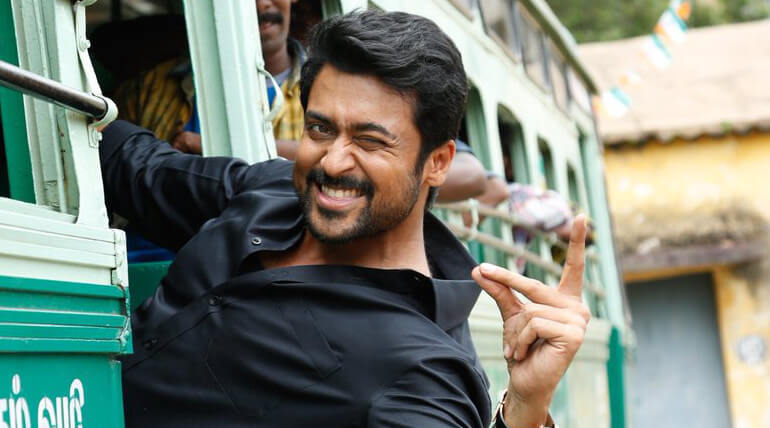 Suriya's TSK that hits the theatres on 12th Jan had a grand opening worldwide. Directed by Vignesh Shivn and produced Studio Green, the movie receives positive reviews everywhere. Anirudh music is one of the greatest strengths of the film. The casts of the film was selected and used perfectly for the film. The team was happy about the reports of the movies.

Meantime, Suriya's next with director Selvaraghavan shooting will be started shortly which was quick started with pooja last week. The project is in talks a year before and it was in pre-production works for long time. It is much expected combo of the year and marks Suriya's 36th movie.

Suriya also revealed in the recent events about his future projects. He said his 37th film will be with Anegan director KV Anand who directed Suriya in Ayan and Maatraan. The buzz, director is keen to bring Amitabh Bachchan on board for this project. The official information regarding this is awaited.

The star also confirms being in talks with block buster 'Irudhi Suttru' fame Sudha Kongara too, at the Kochi press meet of Thaana Serndha Koottam.

Some reliable sources revealed, '24' movie director Vikram Kumar confirms teaming up with Suriya for his next. He also added he will take next six months to pen the script. This will be director's next after his Telugu project with Naga Chaitanya.

The actor has lined up with several projects for next few years. He also has plans to team up with Singam director Hari for a new commercial entertainer and not for Singam series.

Suriya Reveals His Next Two Projects