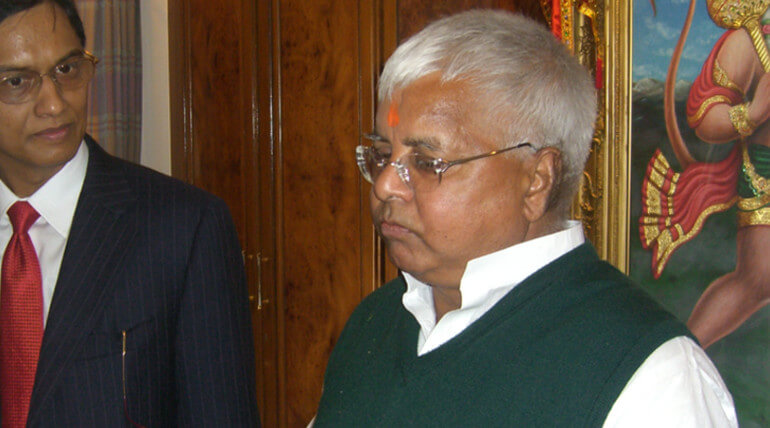 Rashtriya Janata Dal president and former Chief Minister of Bihar, Lalu Prasad Yadav had been awarded five years of jail sentence in 2013 for his conviction in fodder scam that was staged when he was the Chief Minister of the state on early 90's. This was the verdict given by the Ranchi court just for his first fodder scam.

On January 6, 2018, Lalu Prasad Yadav had been sentenced for three and a half years jail sentence for his second fodder scam following that the special CBI court had pronounced one more five years of jail for his third fodder scam on January 24, 2018.

The fodder scam was one of the biggest scams in Indian history that surfaces the undivided Bihar in 90's under the guidance of Lalu Prasad Yadav when he was the Chief Minister of the state. The scam came to light in late 90's and early 20's following the investigation done by Central Bureau of Investigation.

Now again the Special CBI court is all set to pronounce verdict in Lalu's fourth fodder scam on Thursday. The fourth fodder scam has been tabled on for hearing on January 5 and the court confirmed Lalu's crime following the documents submitted by the CBI. The document clarifies Lalu’s illegal withdrawal of Rs. 3.13 crores from the Dumka treasury, between the years 1995-1996.In addition to Lalu, the court accused Bihar's former Chief Minister Jagannath Mishra and 30 others in the fourth fodder scam. Jagannath Mishra stepped on the list again in the fourth scam where the court accused him in the third scam along with Lalu.