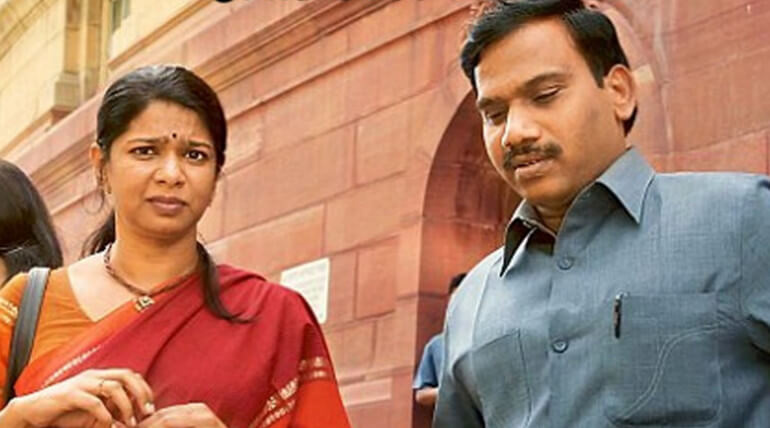 2G Spectrum is the largest telecom sector scam that was exposed in 2010 had shook the nation. Today the special CBI court will announce the verdict for this biggest scam on A Raja who has been Telecom Minister in May 2007 to Nov 2010, DMK president Karunanidhi's daughter Kanimozhi and others.

A Raja and Kanimozhi accused for causing loss of about 1.76 lakh crores to the state. The license that has been issued for cell phone companies was canceled by supreme court earlier. Raja was in jail for nearly one year and the investigation and released on bail. As per CBI investigation Rs 200 crore was paid by companies to Raja that was deposited in Chennai based television channel owned by Kanimozhi.

The verdict has been announced by the Delhi special court. The Judge OP Shyni announced A Raja and Kanimozhi found not guilty in 2G spectrum scam and they are released.