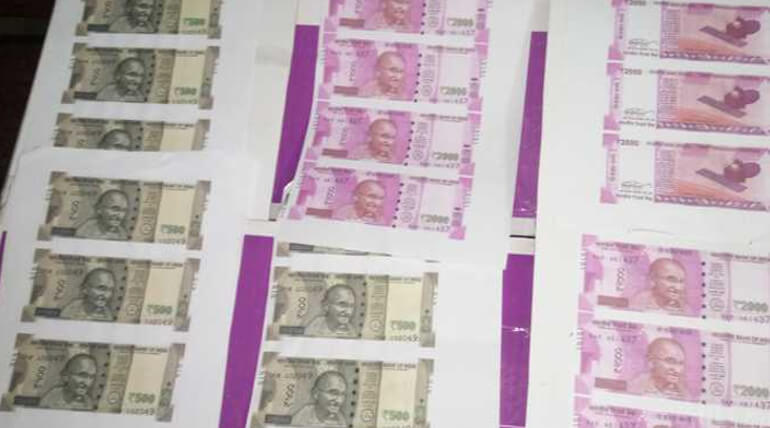 Police held up Kadhiresan from Bodinayakanur, Theni district of Tamil Nadu for depositing fake rupee bills in ATM machine. On February 6, 2018, a reputed bank's branch office had filed a complaint to Theni police station as someone had deposited Rs.42,000 in their bank's Cash Deposit Machine(CDM).

Police officials verified the CCTV footage of the bank's ATM room following the complaint. The CCTV footage had shown a person depositing maximum amount of money in the CDM. Police searched with the facial IDs recorded in the footage and arrested Kathiresan from Bodinayakanur and his friends Zahahir and Abbas, who got their nose in the crime.

In the deeper investigation the accused has convicted that they are using color xerox machines to print the Rupee notes specially 2000 and 500 Rupee bills. Police have seized Rs. 18.50 lakh fake currency and equipments they used for the printing.