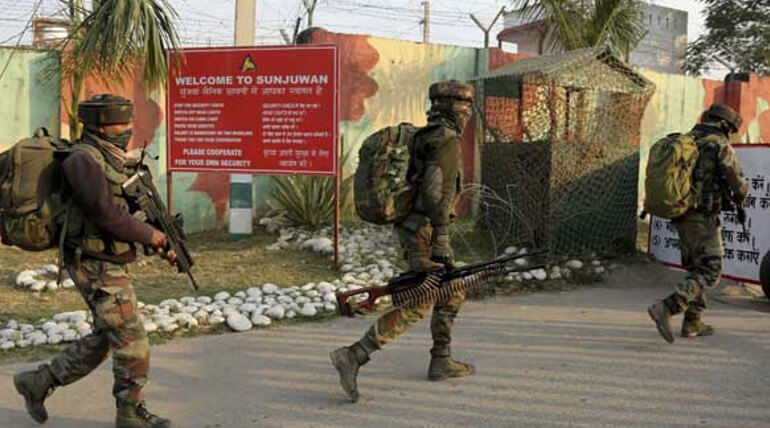 On the early hours of February 10, 2018 four heavily armed terrorist had opened gun fire over the Sunjuwan Army Camp of Jammu state. Two Army jawans have been martyred in the attack. Reports from a source said that the terrorists had fled the camp immediately and got their heads hidden in to the civilian settlements.

Indian rangers still battling with the militants hiding in the residential area and evacuated most of the civilians from the place. Reports confirmed civilians had been injured in the gun battle including women and children. The sudden shocking attack had issued a high alert allover the state of Jammu. The government had ordered to close down all the schools and colleges around the Sunjuwan army camp region.

A troop of IAF Para commandos have been deployed in the Sunjuwan Army Camp region to support the gun battle. The state's CM Mehbooba Mufti seems highly disturbed and she conveyed her condolences to the family of martyred soldiers and the injured civilian family by tweeting.

The army source said, the attacking militants are the members of Jaish-e-Mohammad terror organization. They entered the camp from the rear side by hurling grenades and firing from heavy automated arms in the early hours of the day.

The intelligence had warned the state on February 9 about a probable terror attack behalf of the death anniversary marking Maqbool Bhat and Afzal Guru.

Deeply disturbed by the terrorist attack in #Sunjwan today. My heart goes out to the injured & their families.