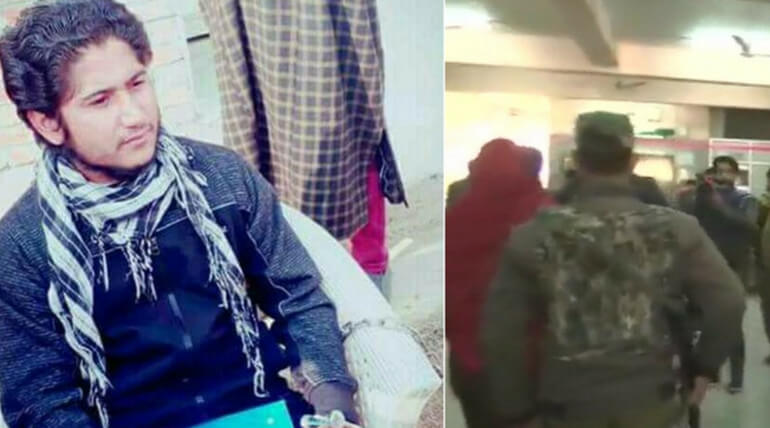 One police official killed and one injured in terrorists shoot out.

Naveet Jatt, a Lashkar-e-Toiba terrorist arrested on 2015 near Kulgham in charge of attacking the BSF rangers now managed to escape by shooting two cops while his escort from central jail to Hospital. Naveet was one of the six detainees, who have been escorted to Shri Maharaja Hari Singh hospital in Srinagar of Jammu and Kashmir on Tuesday (February 6, 2018).

Naveet pulled the fire arm from an escorting cop and triggered it towards them. He then managed to do daring escape from there. Reports confirmed, one cop killed in the shootout and another is battling for life with serious injuries. The searching operation had been boosted up by the Srinagar police department. Some reports from the police department said the carbin rifle of a cop is missing from the place.

Reports from the media said other than Naveet some other terrorists have been involved in the attack over the security party to free up Naveet. Those terrorists also fled from the place immediately with Naveet.

Abu Hanzulla also known as Naveet Jatt was a LeT terrorist who was arrested probably for attacking BSF guards and kept in Srinagar Central Jail. In further investigation the police came to know that he had his involvement in many terror attacks for more than two years before his arrest.

The sudden attack is a well planned execution by the terrorists as they seem familiar with every corner of the hospital, said a security official.