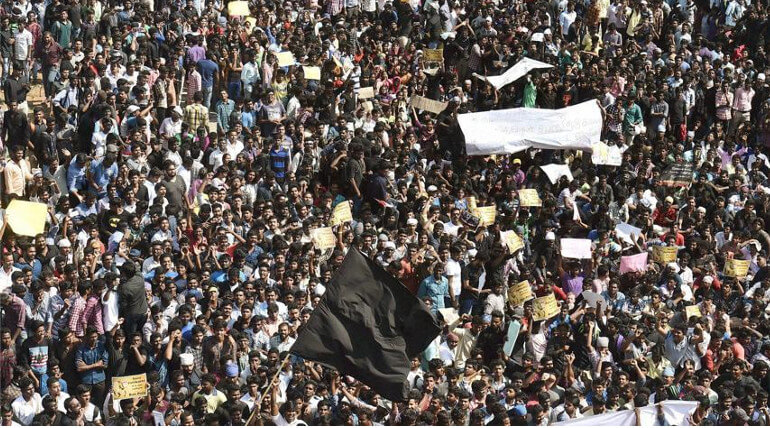 Huge protest had been started by the college students across Tamil Nadu again.

Seems Tamil Nadu Government was now hanged up to witness next protest of youngsters. College students from various districts of Tamil Nadu had walked out from the class and started to protest against the increased bus tickets.

Students from Thanjavur, Ariyalore ceased up some government buses at the bus stands with opposition slogan boards and students from Kundhavai Naachiyar women's college has protested their classes and involved in protest by blocking the roads.

Students from Tiruvannamalai government Arts colleges students also protested out from their classes and Students from Tirupur district had ceased up all the government buses at Tirupur New Bus stand and marked their opposition against the Bus ticket rate hike.

Students from places like Tiruvarur, Tirupur, Tiruvannamalai, Thanjavur, Ariyalur, Vilupuram had started their protest. Report says it is likely to spread all over Tamil Nadu. There were severe oppositions initially on the social media page immediately after the ticket fare hike announced. Now, the students have stepped on the road for protest.