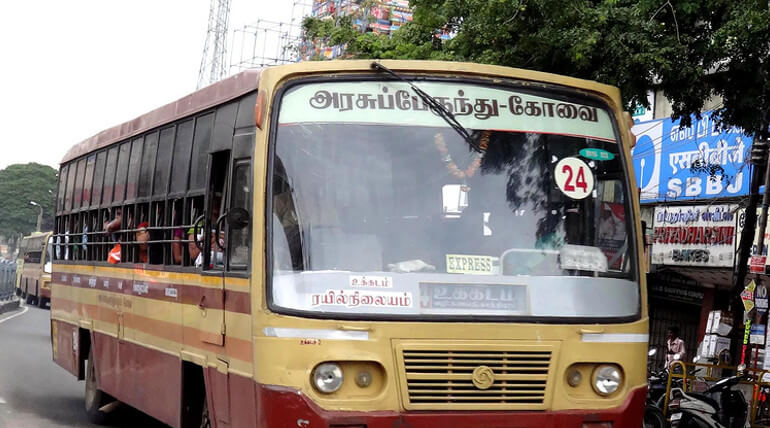 Tamil Nadu government revision of bus tickets rate in overnight had made the middle class people to suffer a lot. Totally 22,203 government buses are in service all over the TN, almost 2 crore people of TN had been its daily users.

From today, the minimum fare in the white board will be Rs. 5 which was Rs. 3 previously in the metro transport. The maximum fare in all white, green and electronic board busses will be Rs. 25. The fare will be increased as per the kilometers travelled by the passenger said in the new revised bus fare of transport ministry.

Though it was a known fact that the middle class people of the state will suffer a lot due to the hike of fare, the government reasoned that they taken the decision because of the hike in diesel prize. Following the hike of bus tickets, people are scared, that the rate of the important stuffs like vegetables, rice, flowers, and spices will be hiked by the vendors. This will surely affect their monthly budget.

TN government had again imposed the transport fair hike after a gap of 6 years which was hiked in the period of former Chief Minister J.Jayalalitha. Recently Dept. Chief Minister OPS had said that the hike which is amended today is very less when compared to other states, in a press meet at Chennai.