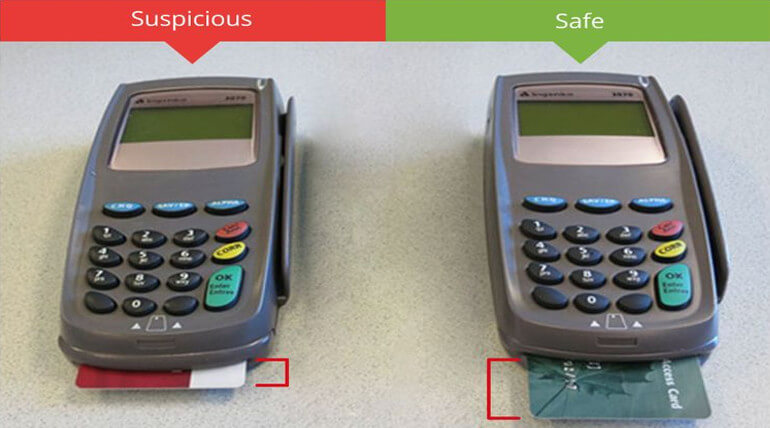 Two arrested in Coimbatore for looting 25 lakh through skimmer devices in swiping machine.

Coimbatore city police have arrested two petrol pump staffs for looting Rs 25 lakh by using skimmer devices in the swiping machines. Anandhan and Mahendran were working in a petrol station at Coimbatore. They were looting money for past few months from their customers' bank accounts, who swiped their credit or debit card in that station.

The staffs of that petrol station have been kept under surveillance from last month, after a complaint made by Mahalingam who had suddenly lost Rs. 55,000 from his bank account. The police started the investigation with the ATM card usage of Mahalingam. They came to know that he had swiped his card for filling fuel to his vehicle in a petrol station at Gandhipuram of Coimbatore.

Today on January 31, 2018 Anandhan and Mahendran have been arrested after a short inquiry with the petrol station staffs. In further Investigation, the police officials had reported that the two were looted almost Rs 25 lakh from various bank accounts with the help of skimmer device. Two Skimmer devices have been ceased from them by Coimbatore city police.

These types of skimmer crimes have been increased in recent times. Skimmer devices is an hacking devices attached with ATM machines and Swiping Machines which can read and memorize your ATM card details while inserting the cards in ATM machines or Swiping machines. Later the details can be utilized by some computer hackers for transferring money illegally from the card holders' bank accounts.