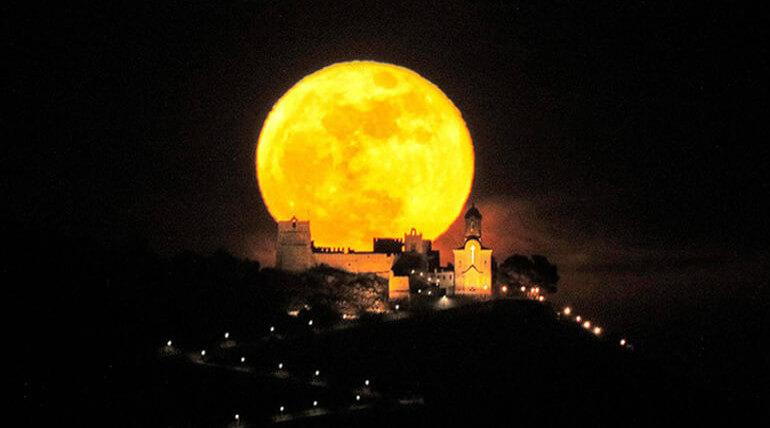 Before entering in to the content we got something to understand from the past. Now we are traveling back in time, roughly 152 years to this day. Some brave hearts on a grass fields witnessing an extreme beauty of the Moon in a day of Lunar Eclipse. In India, lunar and solar eclipses are always considered as something sacred and some time scared. They have seen lunar and solar eclipses many time but not this much close to a necked eye. They followed many Dos and Don'ts and some rituals prescribed in Veda books like Adharvana. Some considered the thing happening due to some blasphemy and stayed under the roof but forgot to enjoy the beauty. We can't blame them for those rituals and superstitious beliefs, on those days very few got the idea about how to witness the rare space event.

We know what is moon and what is lunar eclipse. A lunar eclipse occurs when we (the earth) make an intruder between the long time romance of the Sun and the Moon. The earth act as an oblique wall between the Sun and the Moon. The moon will be separated from the Sun by earth's shadow. But their love seems deep; the Sun makes the Moon to illuminate in the dark with its energy. Now the earth got a chance to witness a special beauty of the moon.

Lunar eclipses are occurring every year but what so special with Super Blue Blood Moon? Whether Moon wears a bridal costume with blue and blood shade which make it looks super? Wrong assumption! Let us see what it was.

The Super Blue Blood Moon phenomenon is simply known as the Total Lunar Eclipse. The Moon was hidden completely behind the shadow of the Earth. The Sun, the Earth and the Moon are clocked to align in a single line like one behind one. The amount of Dust particles between the visible line of Earth and Moon make it to show up in Orange, Red or coppery that is termed as Blood Moon.

But the Blue Moon appears when there is an appearance of second full Moon in a calendar month. The phenomenon is actually known as Blue Moon. It does not appear in blue colour. January 2018 witnesses 2 full moons. The first one occurred on Jan 2nd and second one in Jan 31st.

The distance between the earth and moon become short hence the moon will be witnessed as a large Moon. We guys named it as Super Moon for its mesmerizing beauty. On Jan 31st, The Moon is closest to the Earth, appears 30% bigger and brighter.

After 152 years, here we are set up to witness the rare celestial event with science and excitement, today January 31, 2018. People in the countries like Asia, Australia, Western North America, Russia, New zealand, Pacific and Atlantic Oceans can enjoy the event.

The first phase starts at 5:15 pm. The total lunar eclipse will be from 6:22 pm to 7:38 pm. We can see the Super Blue Blood Moon for almost more than 1 hour. The total eclipse starts to go apart from 7:39 pm and on 8:43 pm it will be completely apart from the earth's shadow. The moon will back to its original state at 9:38 pm.

Many astronomical centers in India had arrangements to the public for a telescopic view. Scientist had announced that this eclipse can be seen with naked eye. If you are willing to stay under the roof, you will totally miss the Moon's beauty where it appears 30% bigger than the normal days and 14% brighter.

Cities like Thiruvanandhapuram, Chennai and some Northern states of India had made all arrangements to the public for a close view with telescopes and projectors.

We are here not just to earn and eat! We humans should not miss admiring beauty of the nature. I don't have any rights to insist you to not follow your rituals and beliefs but we rarely get the chance for witnessing these celestial events. So don't miss it, you won't be alive for another 150 years to see it again.