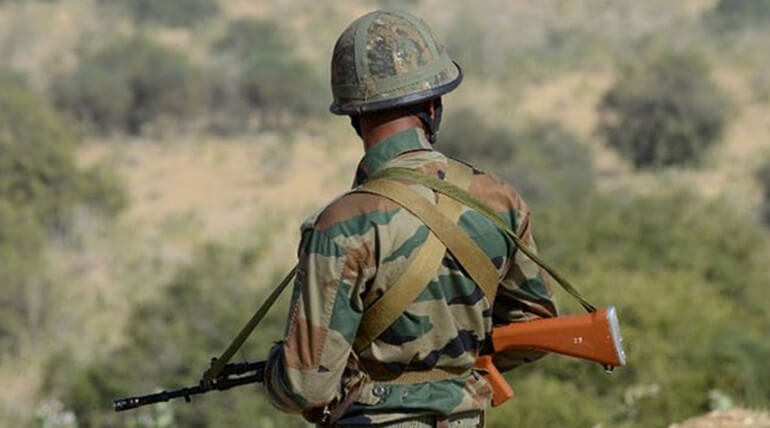 Again the screaming sound of J&K valley flooded the eyes of Indian Army.

A captain grade officer and three army jawans have been killed in Pakistan ranger's unprovoked shelling. The shelling started in the Poonch and Rajori districts' villages near LOC on Sunday afternoon. Then martyred officers are identified as Captain Kapil Kundu, Rafilemens Ramavatar and Subham Singh and Havildar Roshan Lal.

According to the news from the Indian Army, Pakistani rangers had started firing and shelling with automated arms and mortars around 11 am on Sunday in various places of Poonch and Rajori. The border villages and its people sustained as their main targets. It was the second time in three days where the Pakistan Army violating across the international borders.

Another source from the media had confirmed civilian injuries in the ceasefire violation citing the Army sources. It is said four civilians including a 15 years old girl where injured in the mortar shelling along with an Army jawan later on dusk of that day.

Pakistan had successfully made almost 130 unprovoked ceasefire violations in the last month. According to the BSF, January 2018 holds the highest record of ceasefire violation since past three years. Indian Army is giving a strong retaliatory reply to Pakistan Army still.

J&K Chief Minister, Mehbobha Mufti had conveyed her condolences to the family of those martyred soldiers in her twitter page.

Following Pakistan's unprovoked firing and shelling along the LoC hundreds of schools were remained shut from January 28. Thousands of innocent civilians have left from their own village. Now the land of Flowers and Apples have splintered with blood and bullets. Soon the J&K would be announced as the worst place for living of mankind.


Pained to hear that three soldiers were killed & two injured along the Line of Control in Rajouri. My condolences to the deceasedâ€™s families.