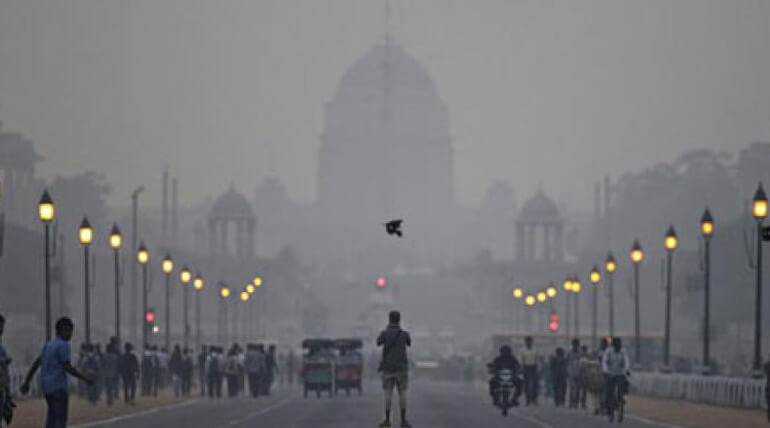 National Capital region is the most polluted region and worst level of Air toxicity.

We humans have an usual habit of involving in every situation and turn it to backfire us unknowingly. Sometimes we done them with more consciousness for years, 'Pollution' will be a great example for our backfire.

We used to taught about pollution and its consequences by our own kind in schools, colleges, public meetings. Obviously we used to listen them all and refused to follow them by considering them a crap. Then we grown up and helped the pollution to grow with us too, obviously the crap we considered before!

Now we made our better contribution in polluting the environment and now it needs us to be a dessert for its dinner. Now GreenPeace India had made a survey to show, how toxic we made our environment. Air toxicity survey for the year 2016-17.

The annual permissible concentration of air toxicity is PM10 level (NAAQS=60 µg/m3) which was prescribed by the CPCB (Central Pollution Control Board). But the Level had exceeded in some states. Most of the cities in 280 cities of India have failed to comply the safer air toxicity levels. Half of the people of the total population of the country living in toxic areas where the toxic level exceeds the permissible standard.

The National Capital region New Delhi had been marked for the worst level of air pollution which was twice the PM10 level with 152 µg/m3. Also some test results confirms the presence of mercury traces in Delhi atmosphere which causes a serious genetic problem and apparently death.

Due to the raising of heavy smoke and chemical fog, the city standing over the peak of pollution. Faridhabad, Bhiwadi, Patna, Dehradun, Varanasi, Ghaziabad are some of the cities lined down with Delhi in the list. The survey states that the pollution level is raising equally in both urban and rural areas.

The pollution control board will show its efforts but we have to understand our real responsibility and contribution in maintaining our environment and make it safe for the future generations.