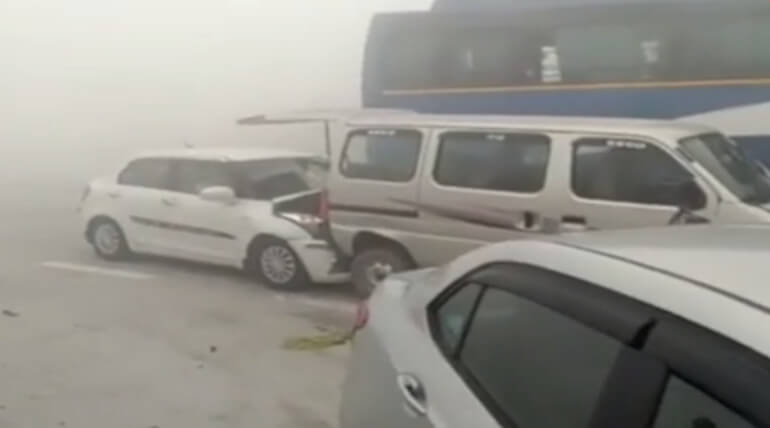 Air pollution or smog in Delhi seems to get worsen day by day. It is reported heavy smog at early morning today across the city. Schools and colleges remain closed still Nov 12th due to this air pollution. Meantime the series of accidents occurred in Delhi – Yamuna Express Highway due to low visibility.

The state government asked people to avoid walk in morning and evening. About 13 vehicles one-after another was collided on the highway road near Dankaur area where there is dense layer of smog covered the region this morning. Nearly six people were injured in this series of accidents.

Several accidents are reported in Delhi and other parts of north India particularly Haryana and Punjab due to heavy smog. people’s normal life has been affected, several trains and airways have been cancelled in these states.