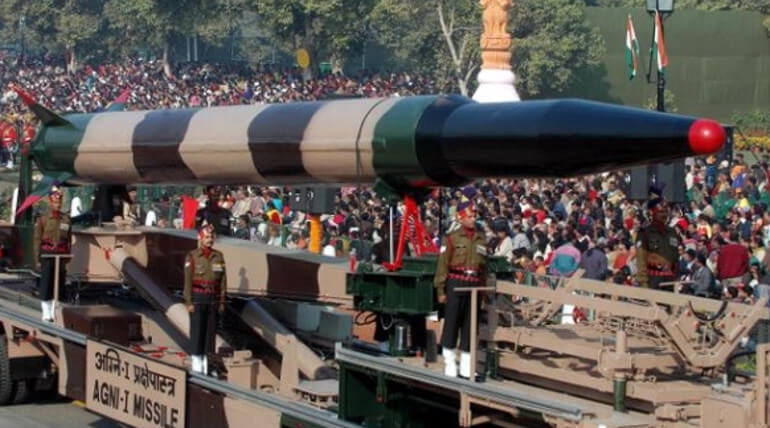 India had some indigenously built ballistic Agni missiles series. Agni-I is a developed ballistic missile with the range of 700 km. The first missile of Agni series ever designed by the DRDO Defence Research and Development organization. The missile possessed by the power of both solid and liquid propellant system induces the speed of the missile in 2.5km/sec. Agni-I, weighs almost 12 tonnes and nuclear payload of 1000 kg and heights around 15 meters.

The test fired missile was the 18th version of the Agni-I series with short range. The missile was in service since 2004. The speculated navigation system installed in the missile will guide it towards the target with high accuracy. The last trail was conducted on November, 2016.

The source said that the missile was launched as a regular training exercise and to test the readiness of the Army and it was its last test firing. India had five types of missile in the Agni series with different range of targets and Supersonic missile Bhramos in its arsenal. Recently Agni-V had been test fired successfully from the Wheelers Island of Odisha coast.