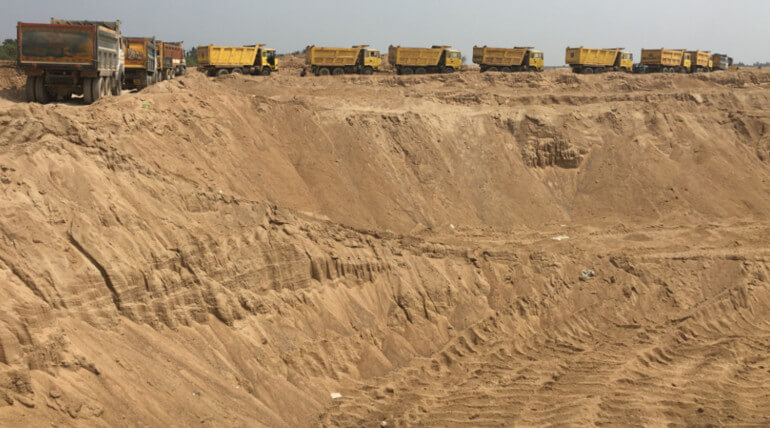 Madurai High Court had ordered to close all the granite quarries in the state step by step. It also ordered Tamil Nadu government should assure the quarries are running only for Sett stones without any environment damage. The court had directed government to examine the quarries and its environmental damages,

High Court also ordered to import sand for construction works. India communist party head Nallakannu said "We are welcoming this verdict but the action on stopping the sand mining should not be stalled for 6 months. It should be immediately done or sand mining robbery will be continued for next 6 months. We also claim there should be not higher appeal for this verdict"

He also added "The natural sources especially sands are have been robbered since 2003 from various rivers of Tamil Nadu. Under ground water is severally damaged and drought affected the state. We are suffering for the water now. The sand is exported and sold for Kerala higher rates. Kerala and Andhra which has bigger rivers have the restrictions on sand mining. Their govt had set limitations to take the sand in their river sources but Tamil Nadu has not restrictions or limitations in sand mining. We are still losing our resources. The sand miners like Sekhar reddy had taken away the state's huge prosperity.