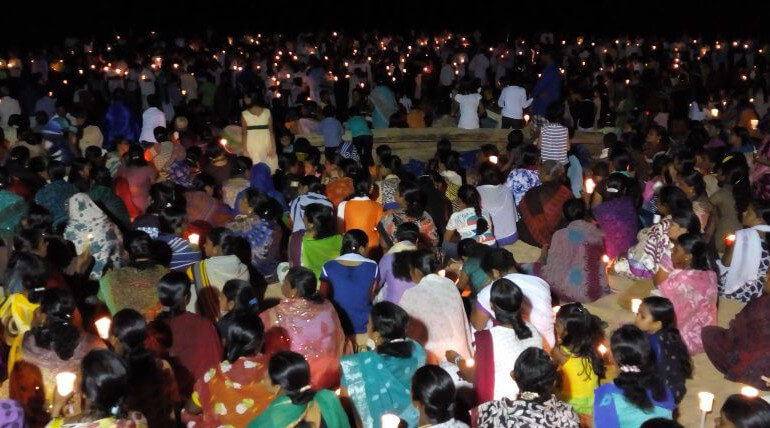 Demanding to find the lost fishermen in Ockhi cyclone, thousands of women in Nagapattinam have stepped down into the sea yesterday. In some places, fishermen are protesting by tying their eyes in black cloth. So far 82 fishermen were found dead in 8 villages in Kanyakumari.

As per some reports, 570+ fishermen are still missing and two bodies washed ashore in Kerala. Actors Aari and GV Prakash visited Kanyakumari today and supported fishermen. They have joined protest and also provided relief materials for the affected people.

People demand to take quick steps to find the lost ones, they also seek Rs 25 lakh to each fisherman family who died and also government job for any person in their family.