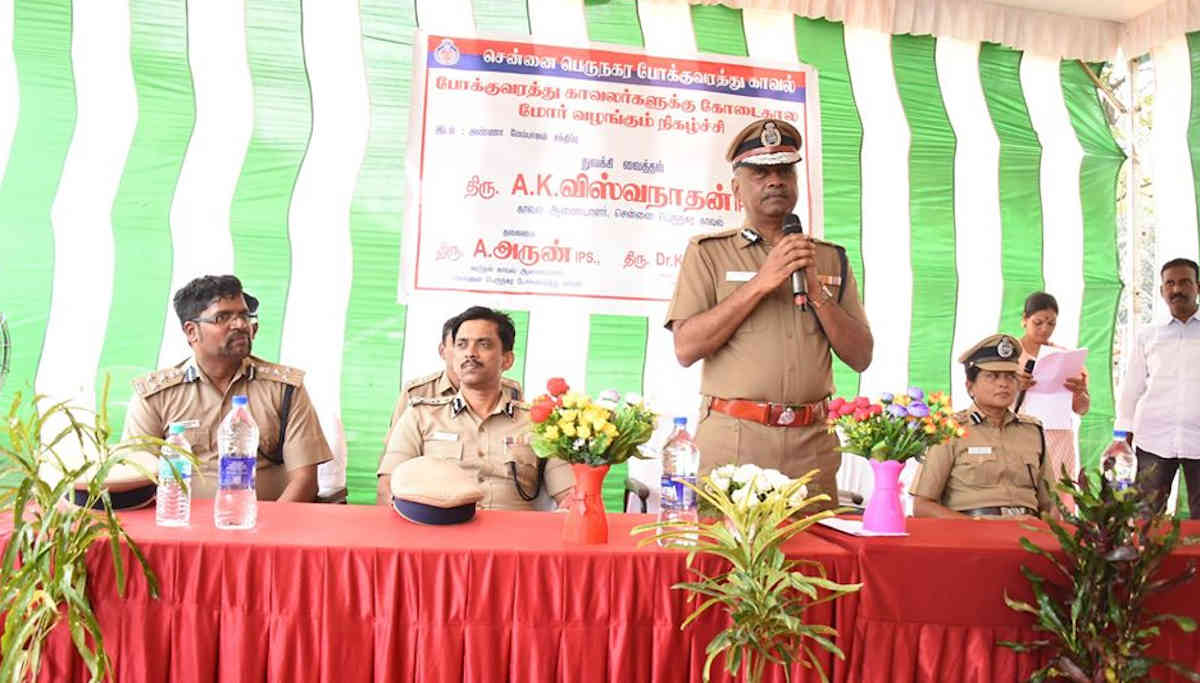 A. K. Viswanathan on Lockdown condition in Tamil Nadu:

It's not a holiday, but emergency says Chennai city police commissioner A K Viswanathan on the 21 days lockout by the government. He also said this at the press meet yesterday, March 25. He also confirmed that since yesterday was the first day, police warned and left the two-wheelers, which were unnecessarily plying on the road amidst the fear of coronavirus in Tamil Nadu. And from today, March 26, the bikes will be seized and cases booked under many sections against those roaming people without proper reason or identity.

After the 21 days lockdown started yesterday, streets along many of the places in India wore a deserted look. There were only a few people on the road, and especially in Tamil Nadu, and there was nearly 99% compliance of the announced locked down. Even the people gathering before the tea shops stopped from yesterday evening when they shut shop as per the orders of the chief minister.  But still, some people do not take the locked down seriously, and police have to advise them in some places and beat in many areas.  Regarding the police action for the next 20 days, the Chennai city police commissioner spoke to the press which includes