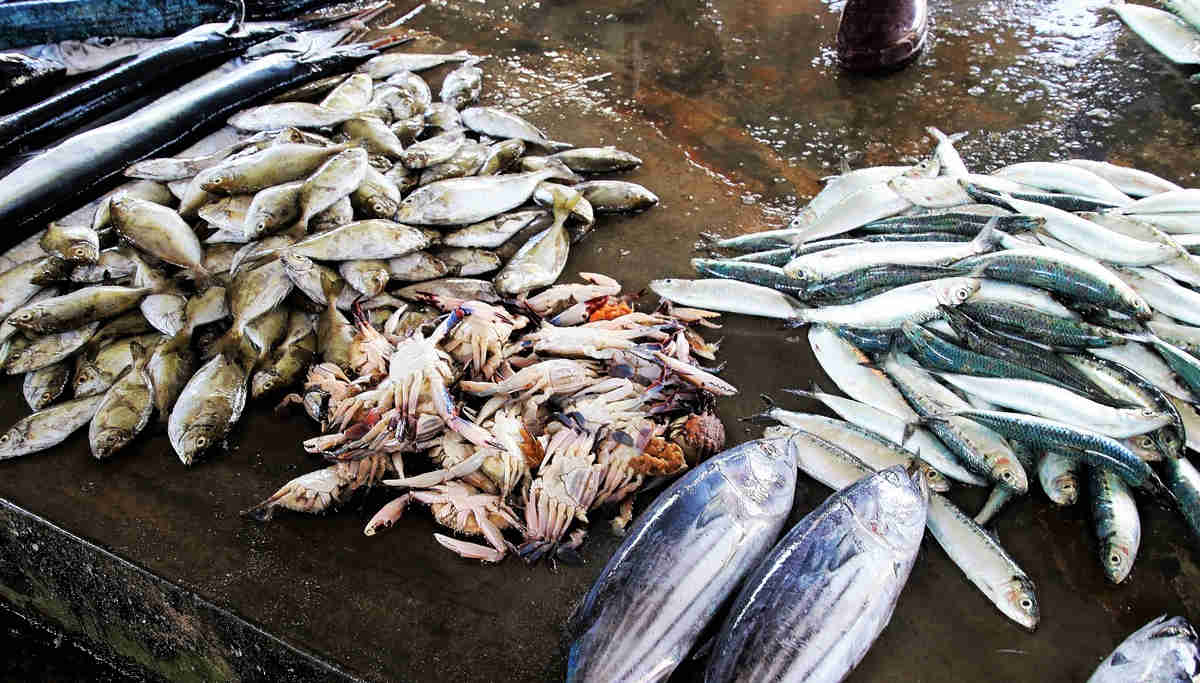 Two tonnes of Formalin-laced fish seized in Madurai: Madurai Karimedu Fish Market is famous in Tamilnadu since fishes from various localities are sold in tons in many stores. Not only the inhabitants of Madurai but also people from the surrounding towns gather and buy fish. So the fish market is very busy 24/7.

Fish is a good source of healthy protein, and physicians suggest intake sea-foods more compared to poultry and meat as fishes lower the risk of diseases in human beings.

Somasundaram, a food safety officer at Madurai, was informed that the fish sold at many stores in the Karimedu market is unhealthy and that they are sold in a variety of ways to avoid spoilage.

Following this, more than 30 officials under his leadership raided the Madurai Karimedu fish market last night, accompanied by laboratory staff.

The officers went to each store and took the fish for sale and tested it with the help of laboratory staff. Officials were shocked to discover that chemicals had been injected into the fish in several stores.

In research till dawn, officials found that the formalin chemical was being laced to prevent spoilage of fish brought from outer areas. Officials of the Food Security Department seized more than 2 tonnes of fish after knowing that the chemicals of formalin were applied.

So the operation to confiscate the fish from the respective stores was going on. Further investigation into the shopkeepers took place on the other hand.

After the raid, food safety officer Somasundaram said that such measures would continue regularly. Traders are also advised to buy and sell non-fermented fish. Currently, we have only issued a warning to contaminated traders. If you continue to engage in such activities, the shop license will be revoked. Officials said the trucks carrying fish would also be tested in stores.