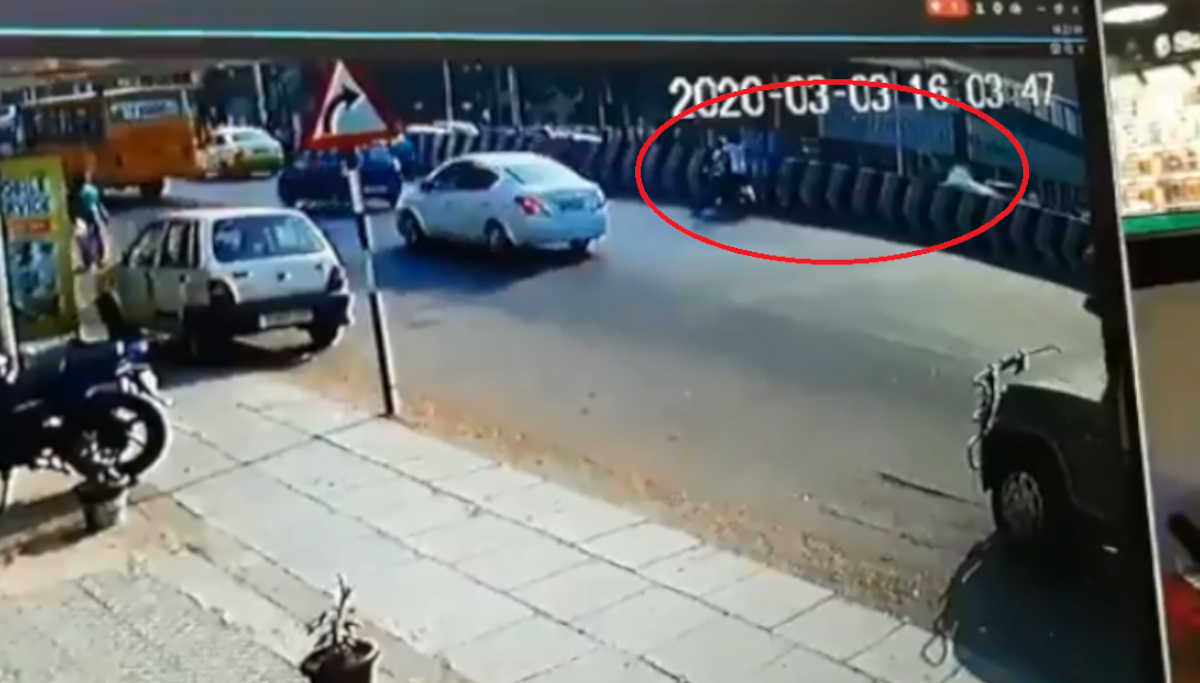 Two Country-made Crude Bombs Hurled on a Car near Teyanampet:

A Hollywood style bomb attack on a car on the arterial road in Chennai is now under severe investigation by the police. Near Teynampet police station, and the famous Gemini bridge starting place in Anna Salai, two persons were caught on CCTV camera throwing crude bombs on a  car coming on the opposite side from the bridge. Though no one was hurt, only a swift car parked on the other side of the road along with a shop window was damaged.

Yesterday, February 3, at 4:03 PM, an explosion and smoke formed on the Anna Salai near the Gemini bridge in Chennai. Since many important offices, including the American Consulate near it, it caused a lot of chaos among the people. Chennai police Commissioner A. K. Viswanathan inspected the spot. He said that the police are conducting an inquiry and yet to zero in on the miscreants.

The CCTV footage is now going rounds on social media. It shows that two persons are hurling something on the opposite side of the bridge, where a car was coming.

Smoke was seen on the footage, and both the vehicle and the bike speeding away. It is alleged that a Fortune car of an AIADMK big wig was speeding away from the bridge, and whether it was the target of the attack is under investigation.