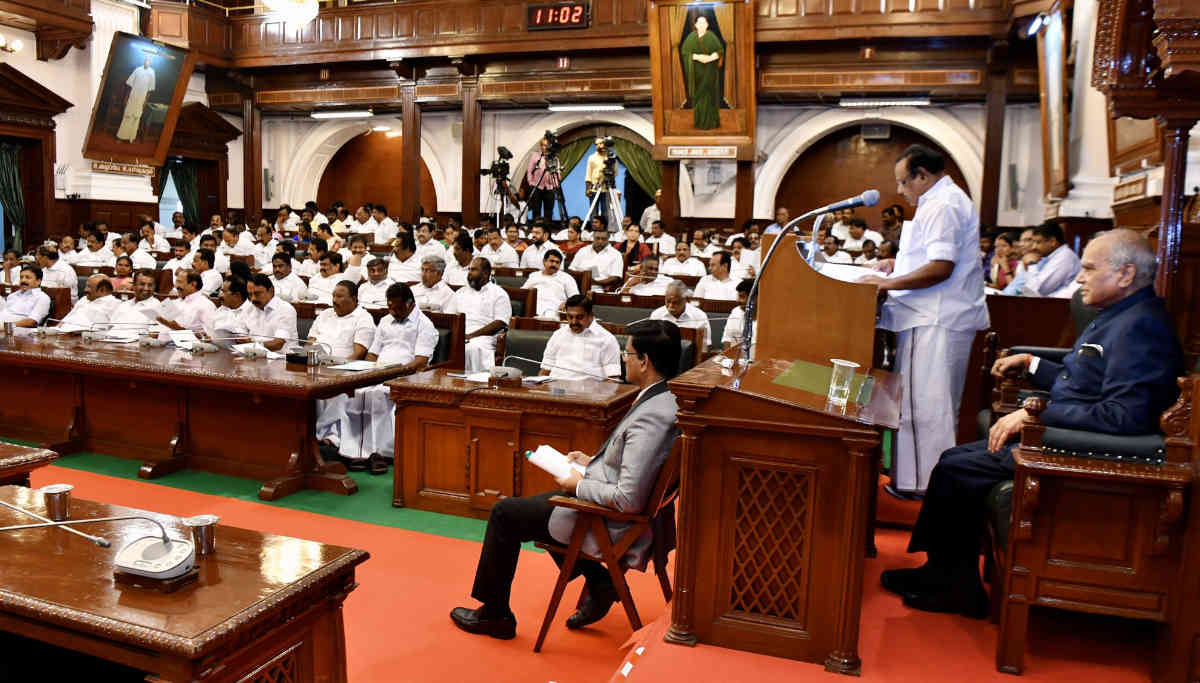 Tamil Nadu assembly speaker P. Dhanapal yesterday, March 3, announced that the budget session would resume again on March 9 to end on April 9. It is to debate on the budget presented by finance and deputy CM O Panneerselvam on February 14. Now in this second budget session, also the demands for grants for various departments will be discussed in the assembly.

After the meeting of the BAC or business advisory committee yesterday, the speaker announced that the second budget session would start from March 9. It will continue on all working days except for Sunday and other government holidays.

On March 9, there will be condolence messages for the DMK MLAs who died recently, including KPP Samy of Chennai Tiruvotriyur constituency and S.Kathavarayan of Gudiyattam.  Also, on the same day, there will be obituary references to P. Chandran, who was a former MLA.

After no assembly on March 10, from March 11 continuously the various departments will be taken for the demand of grants and debates be made between the ruling party and the opposition including

Apart from heated debates on the granting of demands for various departments, there could be arguments on CAA, NPR resolutions that are much expected by the people as brought in many other states. It is expected to happen on March 21 when the minority welfare debates occur. Also, on March 17, when the fisheries minister is to answer the questions of the opposition, there will be interesting debates on TNPSC. As minister of personnel administration, there will be more of a TNPSC fraud investigation, and their future course of action announced in the assembly.