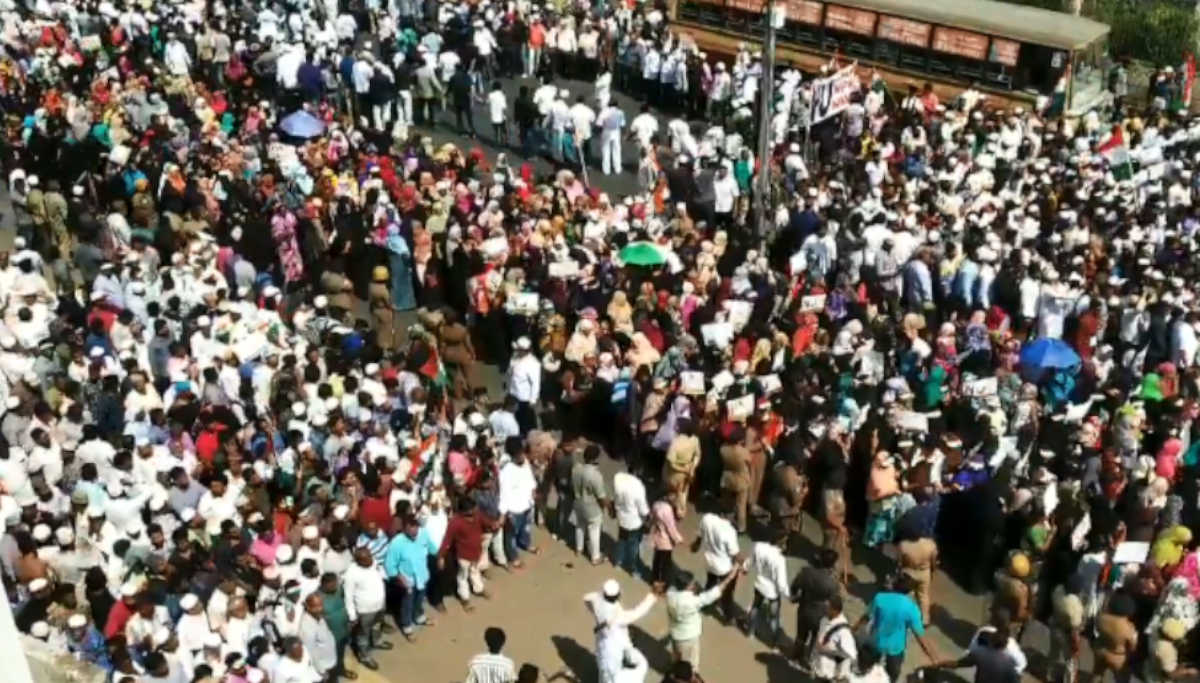 The siege of the secretariat has ended peacefully: Amidst the Madras HC's stay on sieging the secretariat, the anti-CAA protestors completed their siege today in a peaceful manner.

CAA protests spread across Tamil Nadu now. And in Chennai, more than 10,000 police were deployed to control the procession of CAA protestors of the Federation of Tamil Nadu Islamic and Political Organizations. The leader of the federation, Kajah Mohideen, led the protest and siege of the secretariat as the stay by the Madras High Court yesterday, February 18, is not binding on them as they were not the party in the PIL or public interest litigation petition on which the court gave the stay.

They started the procession from Walajah road to lay siege to the secretariat to pass a resolution against CAA, NPR, and NCR. However, the protestors gathered at Chepauk Stadium and ended their protest after 2 hours.

Chennai police commissioner AK Viswanathan had inspected the Chepauk area yesterday, February 18, night. He told the press that 10,000 police had been deployed in the city for protecting the city against the protestors.

More than 2,000 police were posted near the Secretariat, where the CAA protestors will come to lay siege to the Tamil Nadu assembly. He said the protestors would be stopped and arrested if they proceed to the assembly. Hopefully, no violations were carried out by the demonstrator, and no arrests were made.

Meanwhile, on Monday, February 17, speaker Dhanapal of the Tamil Nadu Assembly ruled out any resolution against CAA as Parliament passes it. But five state assemblies have already passed a resolution against CAA, which gives citizenship based on religion, which is against the Indian Constitution.

CAA protests continue in Washermanpet for the sixth day today, February 19.  On February 14, police lathi-charged the CAA protestors and arrested 170 among them. Though they were released later that night, the cases filed against them are still pending.

DMK leader Stalin on February 17, asked the ruling AIADMK in assembly to withdraw the cases. But the cases are not withdrawn until now, and the protests are spreading across Tamil Nadu. In Chennai, apart from Washarmanpet, demonstrations are held in Mannady and other places.