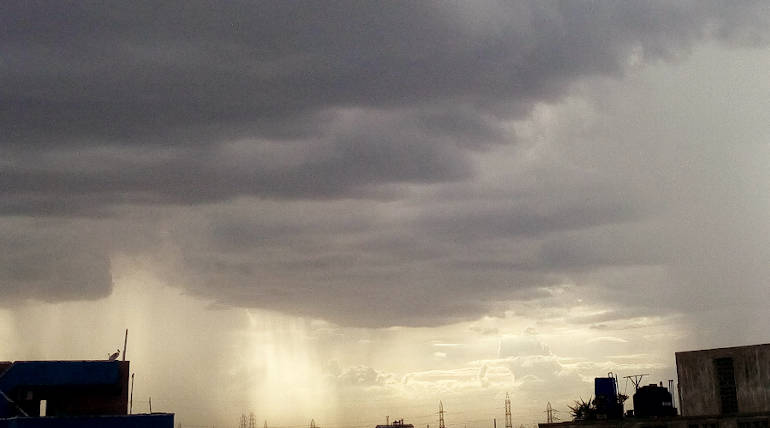 Tamilnadu rains moderately for the next three days with yellow alert.

Chennai Meteorological department warns rain alert in no time to save the lives of the public in an uncalm situation. Likewise, from the beginning of Northeast monsoon to date, Regional Met Center prediction falls on the place. Though many parts of Tamilnadu experienced substantial rainfall throughout the week, Chennai never overcomes the water deficit with this northeast monsoon rain.

The RMC predicts the chances of moderate rainfall in the state for about a week. Kancheepuram and Chidhabaram districts mark maximum rainfall of 80mm and 60mm for the past 24 hours accompanied by Nagapattinam and Karaikal to line up in 40mm rainfall cities.

The regional meteorological department of India warns 13 districts of Tamilnadu, such as Kancheepuram, Cuddalore, Nagapattinam Pondicherry, and much more with a yellow alert which suggests officials create awareness about the impact of heavy rainfall to the public. Chennai met department also predicts the three days isolated heavy rainfall in multiple regions with Thunderstorms and lightening till November 26, Tuesday.

The northeast monsoon rainfall does not bring happiness to the Chennai people as they still undergo a water deficit crisis. The city faces a 40% deficit where the State faces an 8% deficit in the annual monsoon rainfall. Despite the substantial rainfall and flood in Chennai city, the metro is in the path of drought and scarcity back as 2017.

Though isolated heavy rainfall in multiple regions persists, the early monsoon rains in the State marked up to 205mm (about 21 cm) have been reduced in the latter days.