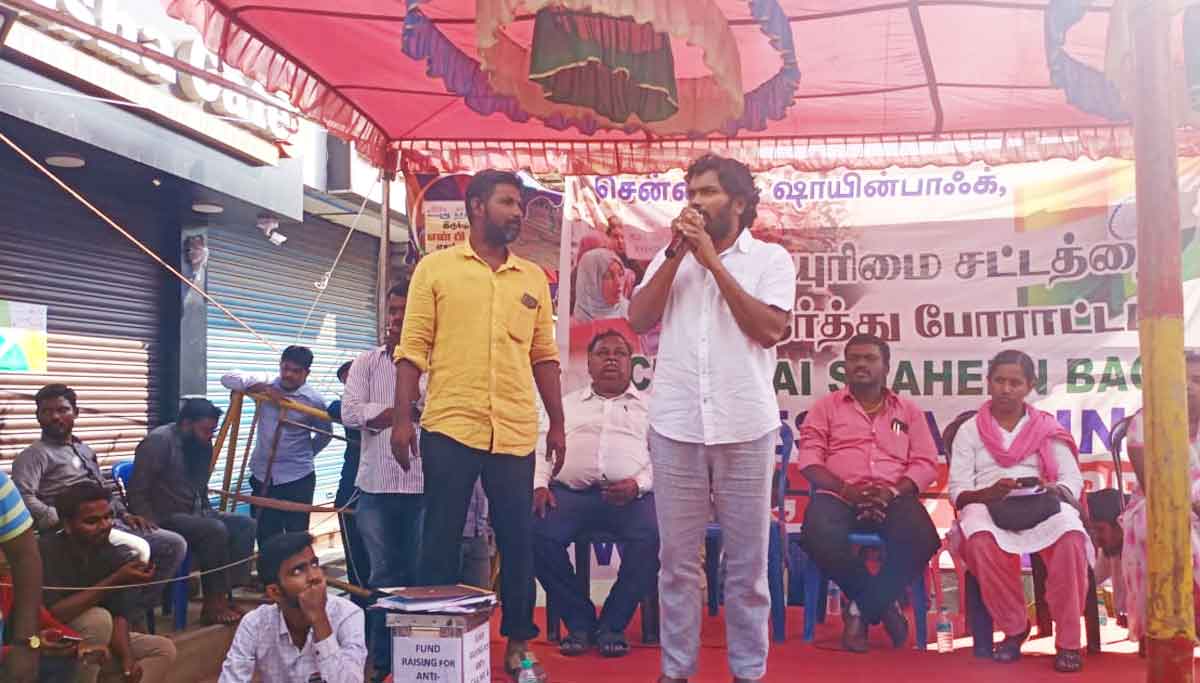 Know all facts on Tamil film director Pa Ranjith criticizing CAA: Tamil film directors criticize the CAA as the fascist type of attack on the people. Pa.Ranjith has said the Washermanpet CAA protest is like the Shaheen Bagh of Chennai and is causing fear to those in power. Meanwhile On February 26, United Nations High Commissioner for Human Rights Mitchell Batchet expressed great concern over the CAA.

In the 43rd session of the Human Rights Council in Geneva, she said that 800 people remain under detention in Jammu & Kashmir and concerned about the police inaction on the face of the attacks against the Muslims by other groups during the CAA protests.

Director Vetrimaran, along with Director  Ameer spoke to the Press recently and said there is fear created among the people, which is the sign of fascism. And if it is not overthrown, fascism will soon engulf India. Ameer said that NPR would not only affect Muslims but put all ordinary people to prove their identity and is creating fear for being citizens of India.

TNTJ or Tamil Nadu Thowheed Jamaath organized yesterday, and today, many dharnas in most of the districts in Tamil Nadu. Yesterday 5000 Muslims protested in Tirunelveli. Today across Tamil Nadu they are staging dharnas in 18 places in Tiruvaru, Five places in Cuddalore, 15 places in Kanyakumari, Cuddalore, Thanjavur, Theni, Namakkal and Erode.

Pa Ranjith said in the Washermanpet protest many things including