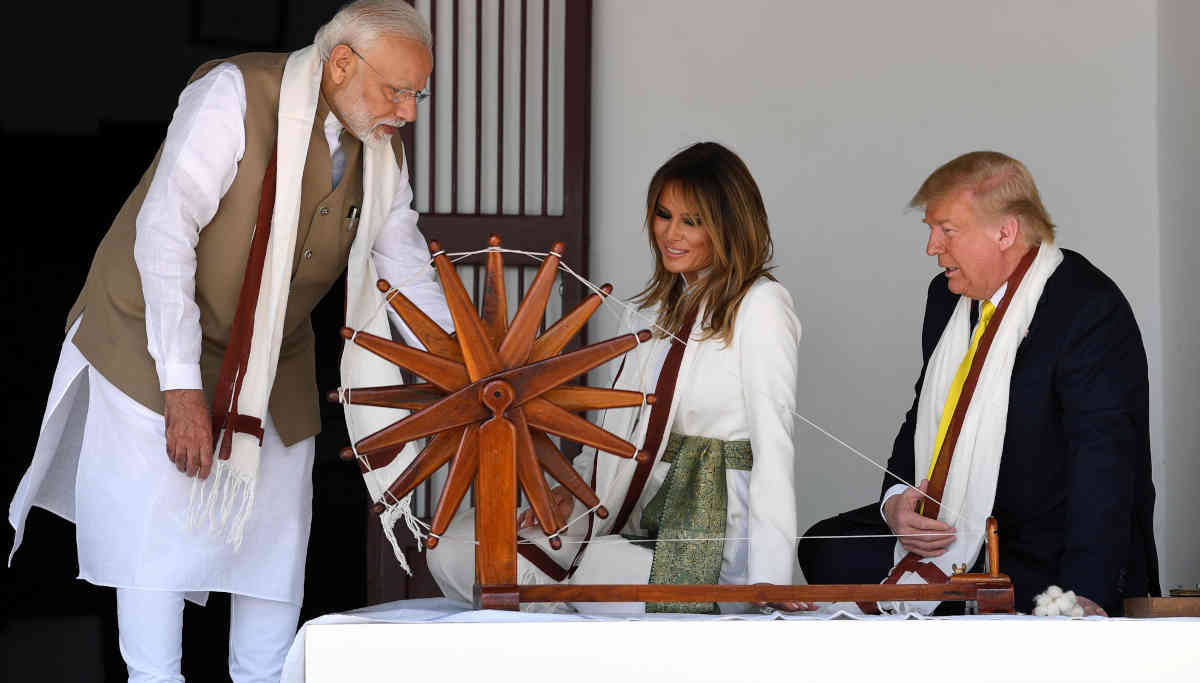 Donald Trump and Melania Trump with Modi at Sabarmati Ashram

Shiv Sena an ally of BJP for more than 30 years and now parted ways said in their mouthpiece Saamana that there would not be an iota of difference in the lives of the poor and middle-class people in India due to Trump's visit.

Business Standard reports that Rs. Eighty-five crores will be spent for Trump's three-hour stay in Ahmedabad, which includes constructing a wall to hide the slums.

Robert Lighthizer, the USTR, or the US Trade Representative who pilots trade deal negotiations is not in the Trump's tour to India. And it was already confirmed by US officials that the much-awaited trade deal would not happen during this visit as the US wanted to get the balance right.

Yesterday during his first day of the tour, Trump only talked about defense deals to be inked today and nothing about any trade deals. The defense deals are said to include purchases of weapons from America worth 3 billion US dollars. And also, during his Sabarmati Ashram visit, there was only mutual praise among Trump and Modi and without even once mentioning about the father of our nation, which has become a controversy now.

Meanwhile, former prime minister Manmohan Singh who had earlier accepted to come for the grand banquet in Rashtrapati Bhavan for President Trump has informed that he will not be attending it due to health reasons.  Sources confirm that since there is no meeting of Trump with opposition leaders as per custom, Manmohan Singh must have decided to skip the event.

Whatever the praises or criticisms only after signing the deals and MOUs today, people will know whether Trump's visit is to make the American weapon manufacturers more rich or useful for the Indian people.