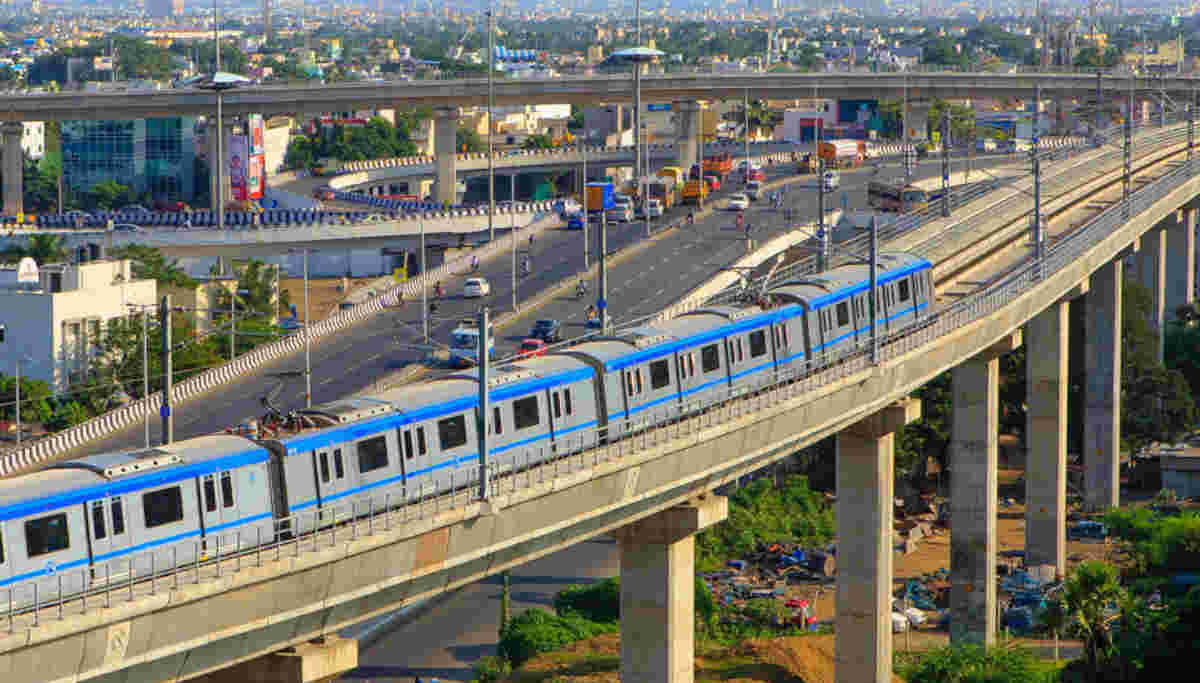 Chennai metro rail gets Rs. Three thousand one hundred crores for Phase -2 project of 118.9 km from budget 2020-21. To increase public use, it has now announced that passengers can even take their cycles in the metro rail without disturbing other passengers. The state has also asked the central government to part with its equal 50% share of funds for phase -2 as it did for Phase -1.

Deputy CM O. Panneerselvam, during his budget speech yesterday, February 14, has said that in the 2020-21 budget estimates, Rs. Three thousand one hundred crores have been allocated for phase -2 of the Chennai metro rail. It will be as share capital assistance, sub-ordinate debt, and also pass through loan assistance.

He also said that Chennai now has a fully functional metro system. The government is giving topmost priority to complete the phase - 2 of 118.9 km, which includes three metro rail corridors. OPS said only by extending the reach of the Chennai metro rail network, the benefits of it will be derived.

For phase -2, the Tamil Nadu government allocated Rs. 2,781 in the form of share capital and debt in budget 2019-2020. JICA or Japan International Co-operative Agency funding has been obtained for the stretch of 52 km from Madhavaram to Sholinganallur and CMBT. ADB or Asian Development Bank and AIIB or Asian Infrastructure Investment Bank are financing the other remaining stretches of Phase -2 from

In Delhi, the metro rail has become popular with numerous passengers using it daily. It was because of the low fares with the best facilities.  But in Chennai, even after nearly five years, it is yet to become famous like Delhi. One reason could be the cost, and the authorities have even reduced them recently.

There are also many steps to increase the popularity of it, and one of them is now the authorities allowing cycles to be taken in metros.  Hope with phase -2 being completed soon with all the funding coming in, that Chennai metro rail will be as popular as that of Delhi.