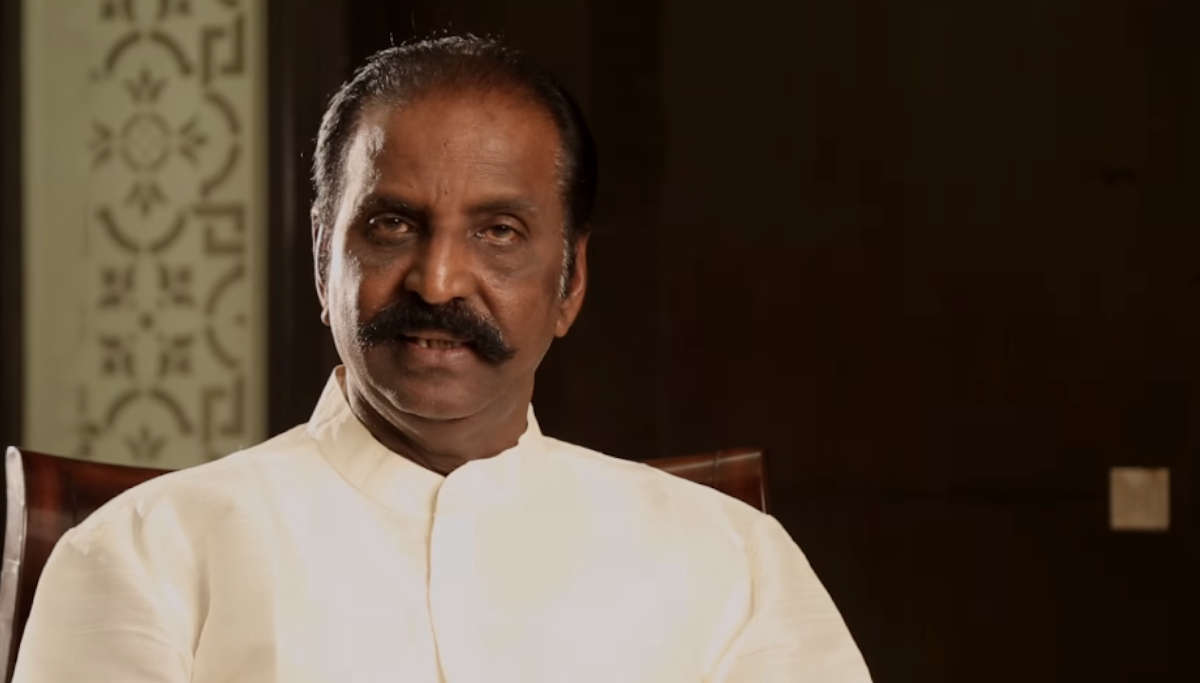 Tamil poet and lyricist Vairamuthu said that the Tamil Nadu state is in grave danger of many evil forces, including corporate companies. He was speaking at a function organized in Raja Annamlaipuram yesterday, February 2, to celebrate the birthday of Stalin. He was more emotional than he used to be in such functions and also wanted people not to compare Stalin with Karunanidhi.

DMK Chief MK Stalin turned 67 on March 1, and many leaders, including Rahul Gandhi, had greeted him on that day.  Stalin did not want his party cadres to greet him on his birthday due to the severe condition of K.Anbalagan, the general secretary of DMK.  But a function was organized in the Chennai Parrys corner area to celebrate the birthday of DMK president Stalin.  Many leaders of DMK and other famous personalities participated in the purpose.

Vairamuthu praised Stalin on his birthday and said many things including