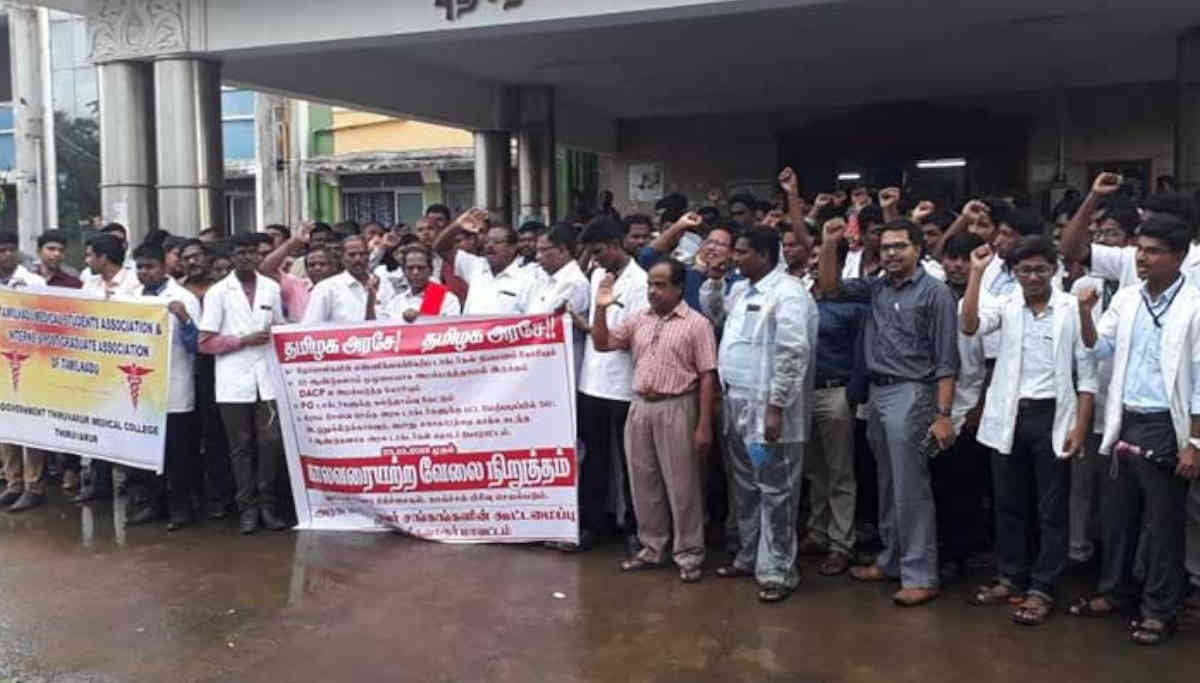 Doctors to be back in their old posts confirms high court: Today February 28, Madras High court canceled the transfer orders by the Tamil Nadu government and reinstated them back in their old positions.  These doctors were transferred even after they withdrew their protests on November 1. The order today by the judge N.Anand Venkatesh is after he reserved his orders on the petitions on behalf of the doctors on February 24.

Government doctors across Tamil Nadu were striking for a pay hike and other demands from October 25 to November 1 last year. During the strike, the government ordered inter-district transfers of the members of the FOGDA or Federation of Government Doctors' Association. Even after calling off the strike, these transfers were not withdrawn by the government. Hence the FOGDA's Balasubramanian, along with many others, filed a batch of petitions to quash the transfer orders in the High Court, Madras.

The hearing of the case was going on for the last two months. Advocates M. Jothimani and C. Kanagaraj represented the doctors, and the Tamil Nadu advocate general Vijay Narayan represented the government.

The doctors' side put forth their arguments in the last two months. They are

In an additional affidavit filed on February 24 in the last-minute attempt to defer the orders, the advocate general gave some further assurances. That includes even after the transfers, the government doctors' pay scale will be protected. Also, there will be no change in their CML civil medical list seniority, and it will be maintained.

Justice N. Anand Venkatesh, who deferred the judgment on February 24 due to the last minute additional affidavit filing of the advocate general, has now has issued the orders. The order states that all the transfers of the government doctors' stand canceled, and they should be posted back to their original posts. And the court ordered the government doctors not to strike anymore. The court abruptly revoked their right to protest and said they have no rights to stage a protest.

But will the government implement today's High Court order or will file an appeal in the supreme court will soon be known to all.