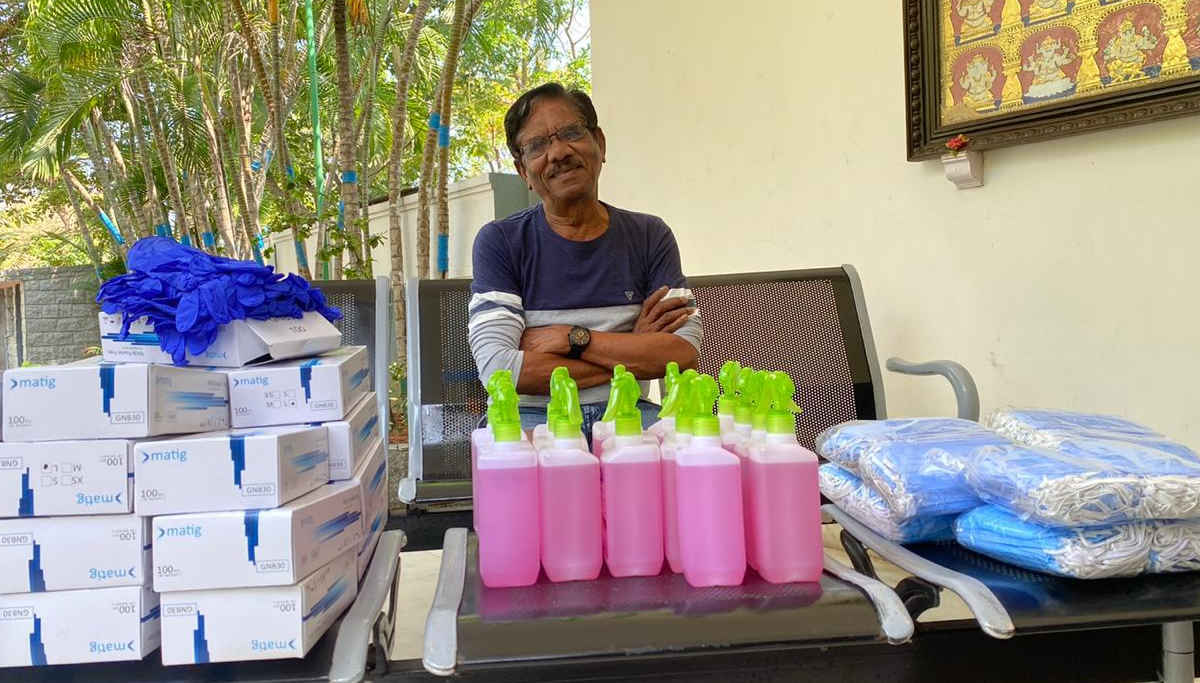 Director Bharathiraja helping police officers, paramedical, and corporation cleaning staff with sanitizers, gloves, and face masks are doing the rounds in social media from today, April 2 morning. In the press release, Bharathiraja has congratulated the state government for their sincere efforts to control the coronavirus spread in Tamil Nadu.

Meanwhile, the world over the number of infected cases is closing in on the million marks and in India towards 2000. More than 47,000 are dead worldwide and 50 in India. Also, prime minister today in his video conferencing with all the chief ministers had said that even after the lockdown period, there should be only a staggered movement of people in India.

Director Bharathiraja is known for involving public issues for a long time. With Surya and Siva Karthikeyan doing their part in donating funds to the CM relief fund and FEFSI, Bharathiraja has today distributed face masks and sanitizers to police, corporation cleaning, and paramedical staff.  He has said in the press release that he is doing it as a token of appreciation for their tremendous work.

Almost 1.3 billion people of India stay indoors to stop the chain of coronavirus infection. But it is only the doctors, the paramedical and cleaning staff of various organizations all over India who work tirelessly in these testing times. When even ordinary people are scared to go to buy for their essentials, these unsung heroes unmindful of their health, fearlessly do their duty.

It is not them alone; they are putting in danger their families also. A Delhi doctor's 17-year-old daughter has tested positive along with the doctor and his wife. In Erode, an infected doctor has passed it to her ten-month-old baby. Cleaning staff all over India, in these harsh and dangerous times, do their duty without fail. And also the bank staff who even without transport facilities come and service the customers for emergency fund-related issues.

All these selfless acts of courage and dedication should increase the resolve of others only to stay indoors and not go outside unnecessarily to infect the near and dear ones.