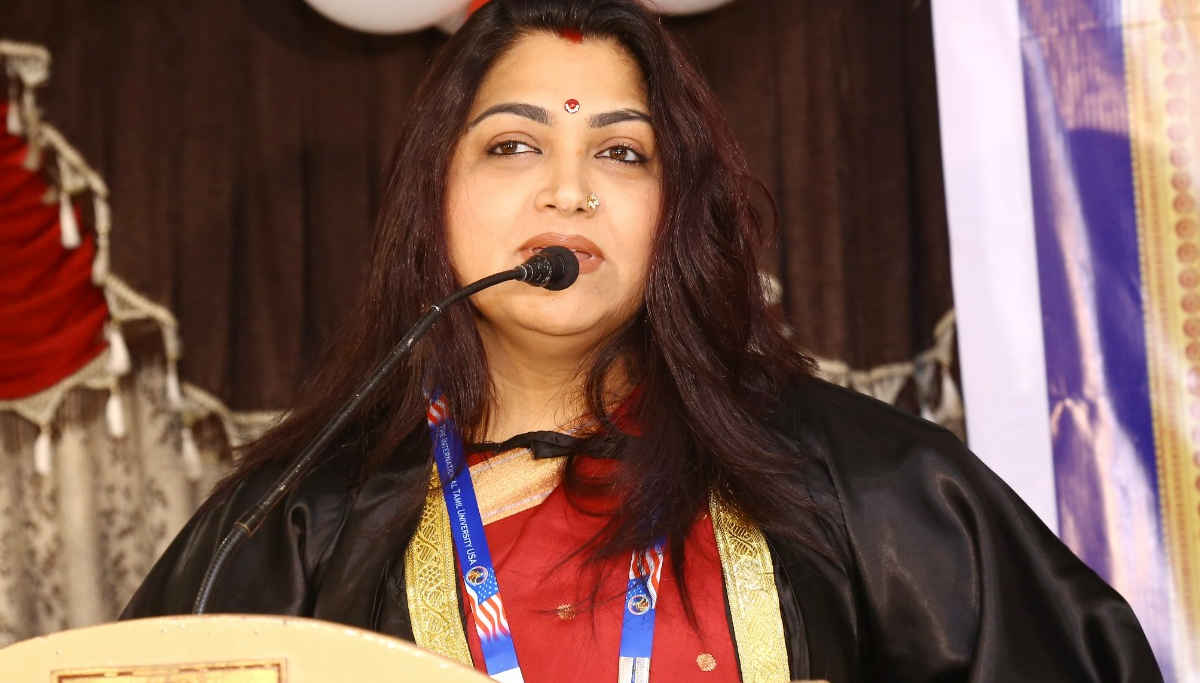 Khushboo, the national spokesperson of Congress, questions prime minister Modi on fuel price hike and his advertisement costs: Speaking on the women's day celebrations in Chennai,  she said that when the crude oil is 33 dollars coming down from 144 dollars but the Modi government hikes the petrol diesel price. But Modi's advertisement expenses are skyrocketing to 4,800 crores.

Speaking on the function, Jothimani MP from Karur also criticized the Modi government on various women issues. On behalf of the Congress party, the women day celebration function was held at Purasaiwalkam in Chennai. Speaking on occasion, the congress party's national spokesperson, Khushboo questioned the central government on many issues including

Jothimani MP said that there are two ideologies in India now. The one of BJP is to divide the country and suppress women to the kitchen for making only babies. But the other is Congress, which uplifts the country and its women.