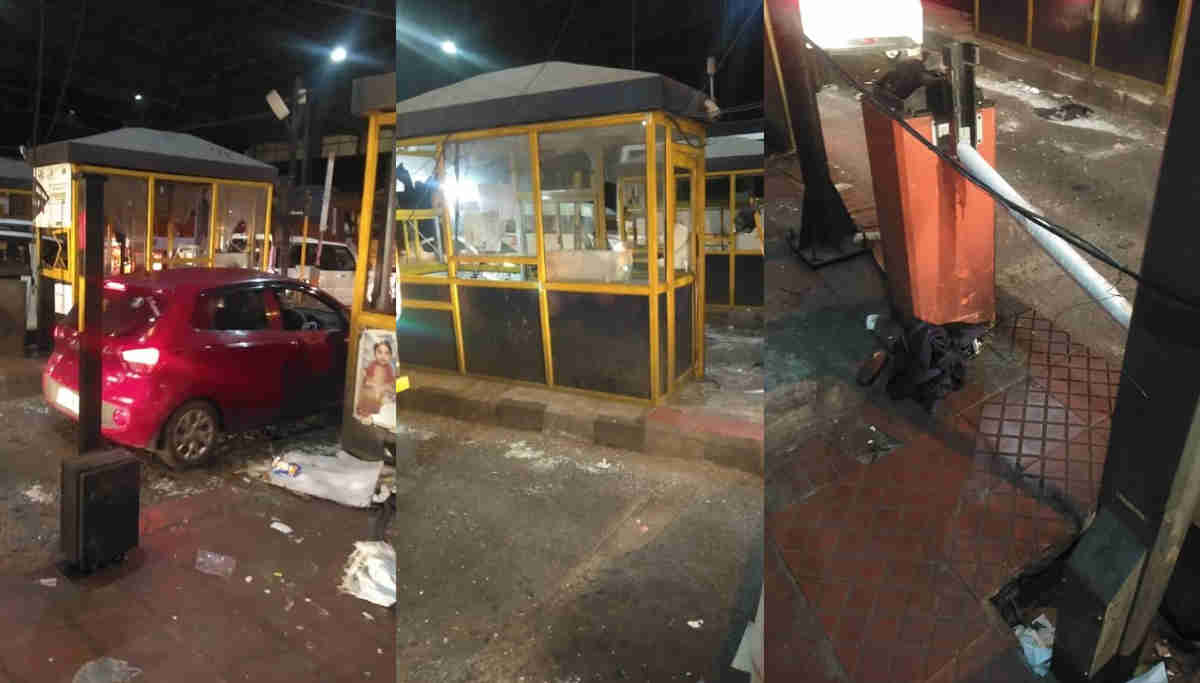 Chengalpattu Toll Gate Thrashed by Public: A government bus departed from Koyambedu to Trichy last night. When the bus arrived at the Chengalpattu Paranur toll, the customs officer had asked for a customs fee for the state bus driver. This led to an argument between the two, which later became a melee.

In a fit of rage, the bus driver stopped the vehicle as an intermediate at the customs. This resulted in no other vehicles being able to cross the toll. Traffic was affected in the area for about 5 hours. Vehicles are waiting in long queues. At one time, passengers on buses were furious after 3 hours of calm wait.

They immediately came down and looted the customs. Tollgate booths, CCTV cameras, and two-wheelers of the toll workers were smashed. Upon learning of this, DSP Kandhan rushed to the scene with nearly 100 police officers. They negotiated and made peace with those involved in the conflict to smoothen the traffic.

A few of the customs officers and rioters who had assaulted the government bus driver and conductor have been taken to the police station.

The government bus driver Narayanan and conductor Pasumpon Mudiarasu were later sent to the hospital. Following this, the police have arrested five people, including Rajasthan's Kuldeep, Uttar Pradesh's Vikas Gupta, and Customs Chairperson Muthu Ravi, to investigate on the Paranur incident.

The most frequent occurrence of such accidents at the Paranur toll is because most of the workers in toll plaza are from North India. Almost all motorists complain that such incidents occur because they are drunk at night and talk to motorists passing by the toll.

However, the toll plaza employees have categorically denied this allegation. Meanwhile, the management has announced that it will take a week to repair the damaged Chengalpattu Paranur toll, and therefore there will be no charge for vehicles for a week.