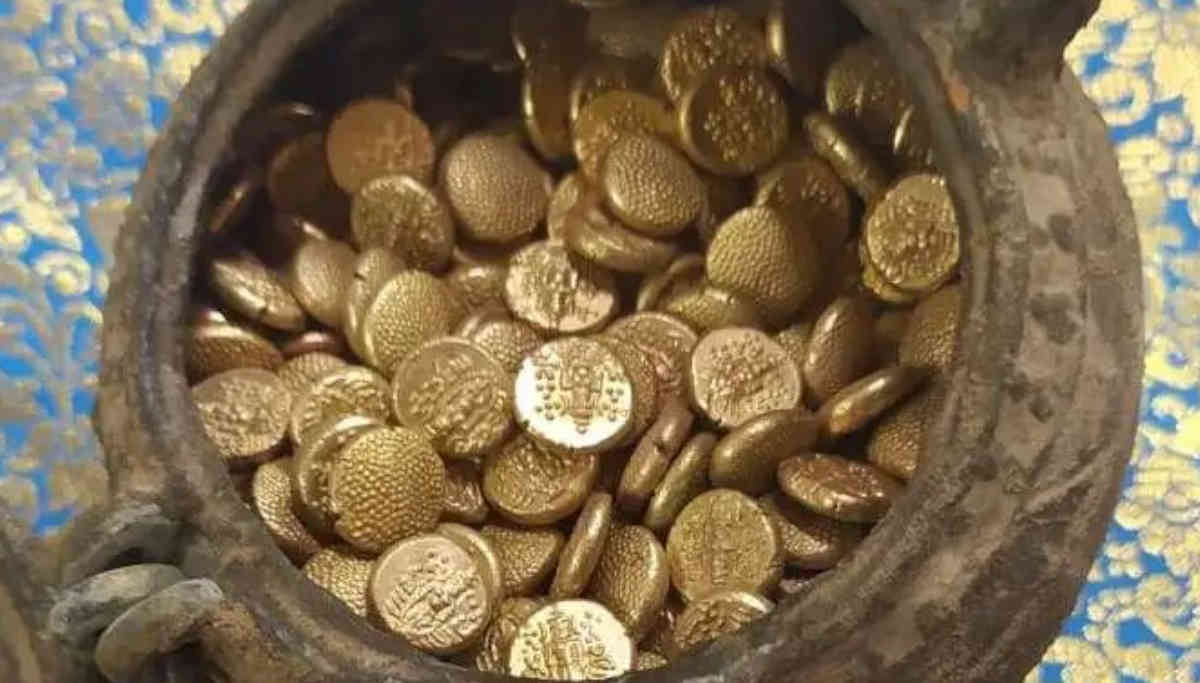 Trichy: One of the most famous temples in Trichy is the Thiruvanaikaval Jambukeswarar-Akilandeswari Temple. Thousands of pilgrims and tourists visit the temple every day.

Recently, it was decided to clean up the vacant premises near the 100-foot hall palace for planting trees. Temple workers were engaged in this task yesterday. 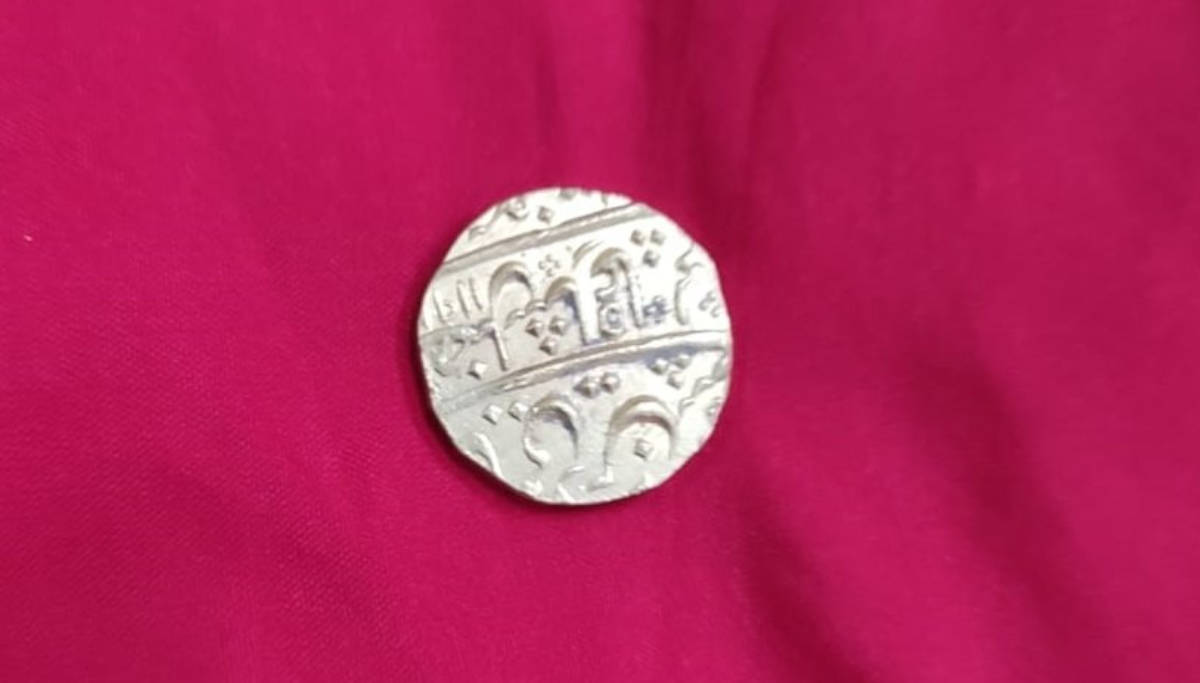 At the time, excavations were carried out with weapons, including shovels. Subsequently, when it was dug slowly, a copper pot appeared. When they opened the vault, they were surprised to find gold coins.

Officials confirmed that there were 505 gold coins in the casket. Only one gold coin of them was 10 rupees coin size, and the remaining gold coins were shirt button size. It weighs 1 kg and 716 grams in total. It is worth Rs.61 lakh. Each gold coin weighs 3.3 grams. One is said to weigh only 10 grams. 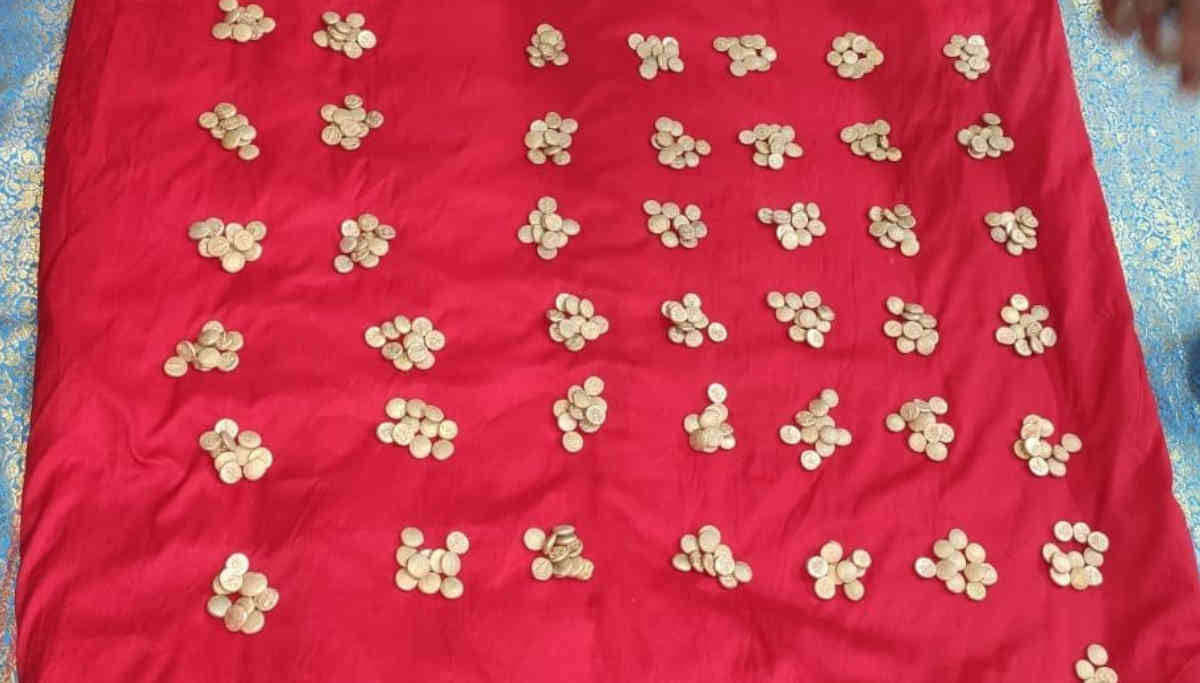 Subsequently, in the presence of the authorities, the gold bars were locked and sealed in a vault and handed over to the district treasury with strong police protection. It is not known to which century the golden coins belong. Temple administration officer Mariappan said it would be known after the archaeological authorities inspected it.

Surprised to find gold in the Thiruvanaikaval temple, but is there still a possibility of treasure? The question has arisen. Therefore, it is everyone's expectation that the vacant space should be thoroughly explored.