After BJP winning over the long 25 years of communist rule in Tripura, the party showed its actual color of destroying Lenin statue in the south Tripura. Following this, H Raja, one of the national secretaries of BJP through his social media page proudly commented over the removal of Lenin statue and also added next Tamil Nadu will witness removal of Periyar statue.

Reportedly there were clashes between BJP and left supporters in the state after BJP supporters demolished the Lenin statue.

H Raja had removed his controversial post after he feared about the people's strong condemning tweets against his. He created storm in Tamil Nadu by this message where he quoted "Who is Lenin, what is the connection between Lenin, communists and India? Today Lenin statue removed in Tripura and tomorrow it will be caste fanatic Periyar statue."

Tamils across the world are anger about his post. The social activist Periya was the one who started the first Dravidian party. His disciples are black lashing H Raja and people are questioning the reason behind his controversial message.

People warn H Raja not the test the patience of Tamils. This is not the place to create racism and hatred among people. Raja stupid comments should be several condemned say the Tamil Nadu people. 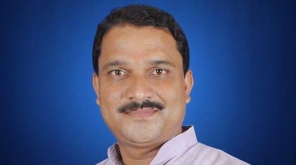