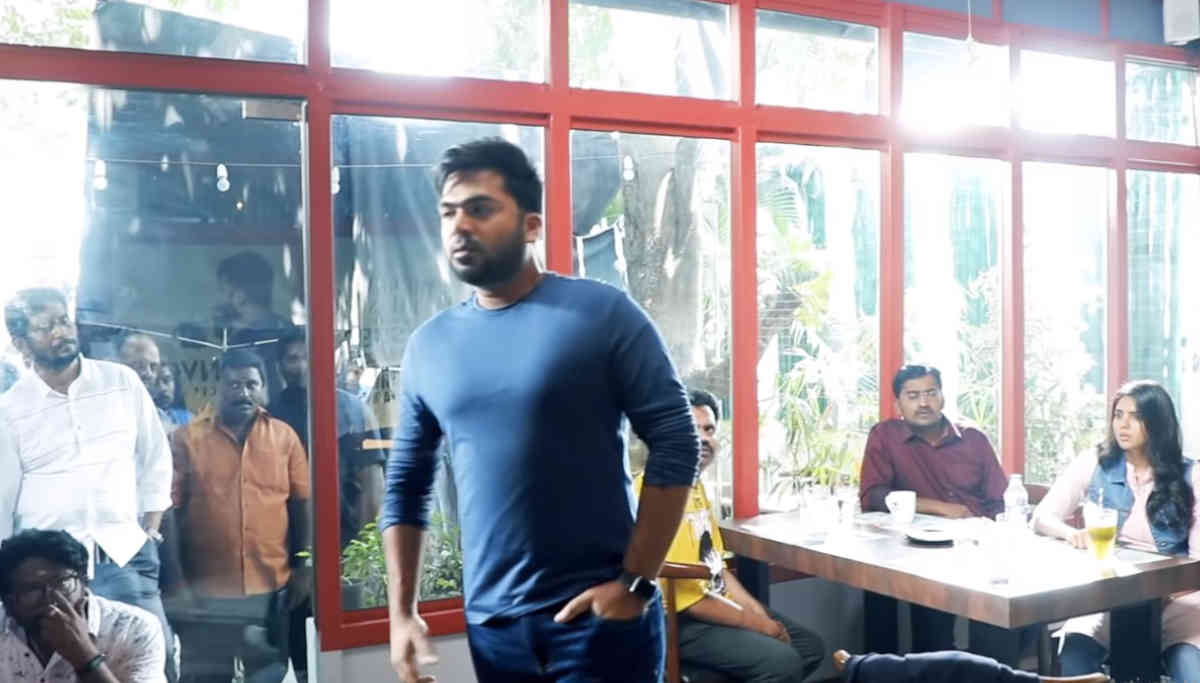 Kalyani Priyadarshan plays the heroine opposite STR and Cinematography by Richard M Nathan. Praveen will be editing Maanaadu for future cuts after the completion of the direction part. The film features Bharathiraja, S. A. Chandrasekhar, Karunakaran, and Premji. The film is slated for release in August.

The first-day shooting spot photos and videos went viral on the internet yesterday. Also, the movie buff has released Maanaadu -Take One video on the internet by wishing the whole Maanaadu team a great success.

STR plays as Abdul Khalique in the Maanaadu movie. It was recently announced that actor Manoj Bharathiraja, Y.G Mahendran, and SJ Surya would be playing the lead roles in the film. The shooting of the film started with Pooja today. Currently, Arvind Akash, Subbu Panju, Udaya, and Art Director Umesh Kumar are joining the first-day shoot.

Above all, Venkat Prabhu films will be with unique flavors and undoubtedly, the director sketches the story of Maanaadu as one of the trendsetter films for the comeback hero Silambarasan.